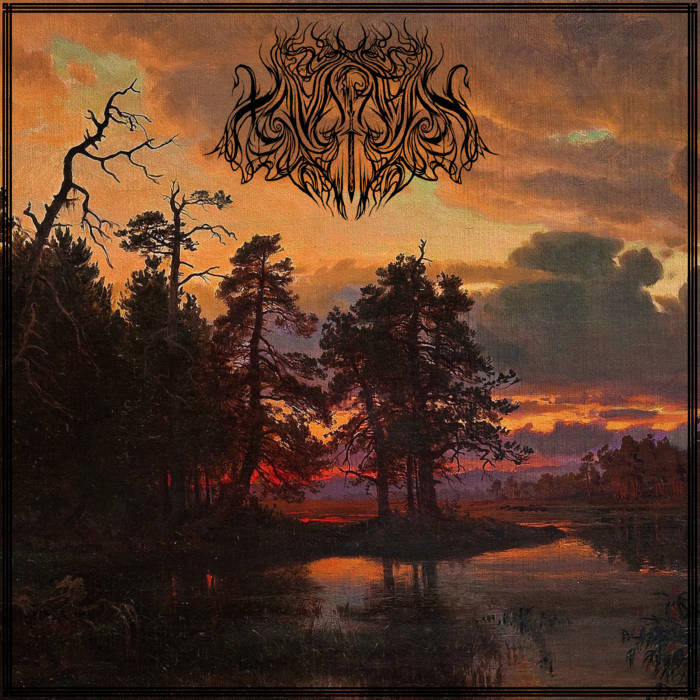 The correlation between nature and music has always been a fascinating subject, for it is similar to melodies that weave together in such an intricate way to fashion a bridge for one’s senses to wander upon, where each step is as impactful as placing one’s naked feet on the soil of the earth, as you inhale the petrichor of the forest’s magnificence. But the act of engaging a mind through art, where you allow the one that observes its glory to inherit its spirit, in my opinion becomes the crux of any piece bred from the womb of creativity, like one who presses the chalice ‘pon the lips as the ichor touches the tongue, where the taste is savored and the ecstasy courses through veins, this intimate moment betwixt creation and the one who looks upon it is a sensation that is often rare.

‘Night Of The Nocturnal Rites’ by Xavarthan, an immersive experience in the form of an EP, takes the spirit of Raw Black Metal and uses its energy to bestow life onto a soundscape that feels livid in its architecture, as though one can submerge themselves into its attramental waters. The magick which embodies this release can be discovered within its raw dissonance channeled through its instrumental architecture, for within three tracks, Xavarthan manages to capture a primordial yet archaic entity within the notes expelled. Take for instance the track, ‘Towards Death We Shall Ride’, the minimalistic approach used towards the mix accentuates the instrumental portions coupled with the vocals that crawls beneath the surface of the dense aura, these qualities are evident within the whole EP and also represents one the most meritorious moments… The ability for the instruments and vocals to be used as a medium to animate this ancient and unbridled force.

Xavarthan has fashioned a succinct EP , from which sounds give birth to a myriad of elemental factors, for through this cacophony of notes, a cathartic experience emerges, as preposterous it may seem, this juxtaposition represents the zenith where ‘Night Of The Nocturnal Rites’ is concerned. For the listening journey can be compared to one that basks in the aura of nature’s waltz, where they witness the extremities yet from what may seem harsh, an effable beauty is also appreciated, this sentiment is also transferred onto the EP, and is the very reason why I would recommend this release to those who may crave an atmospheric and potent energy transcribed into melodies. (Justin Joseph)