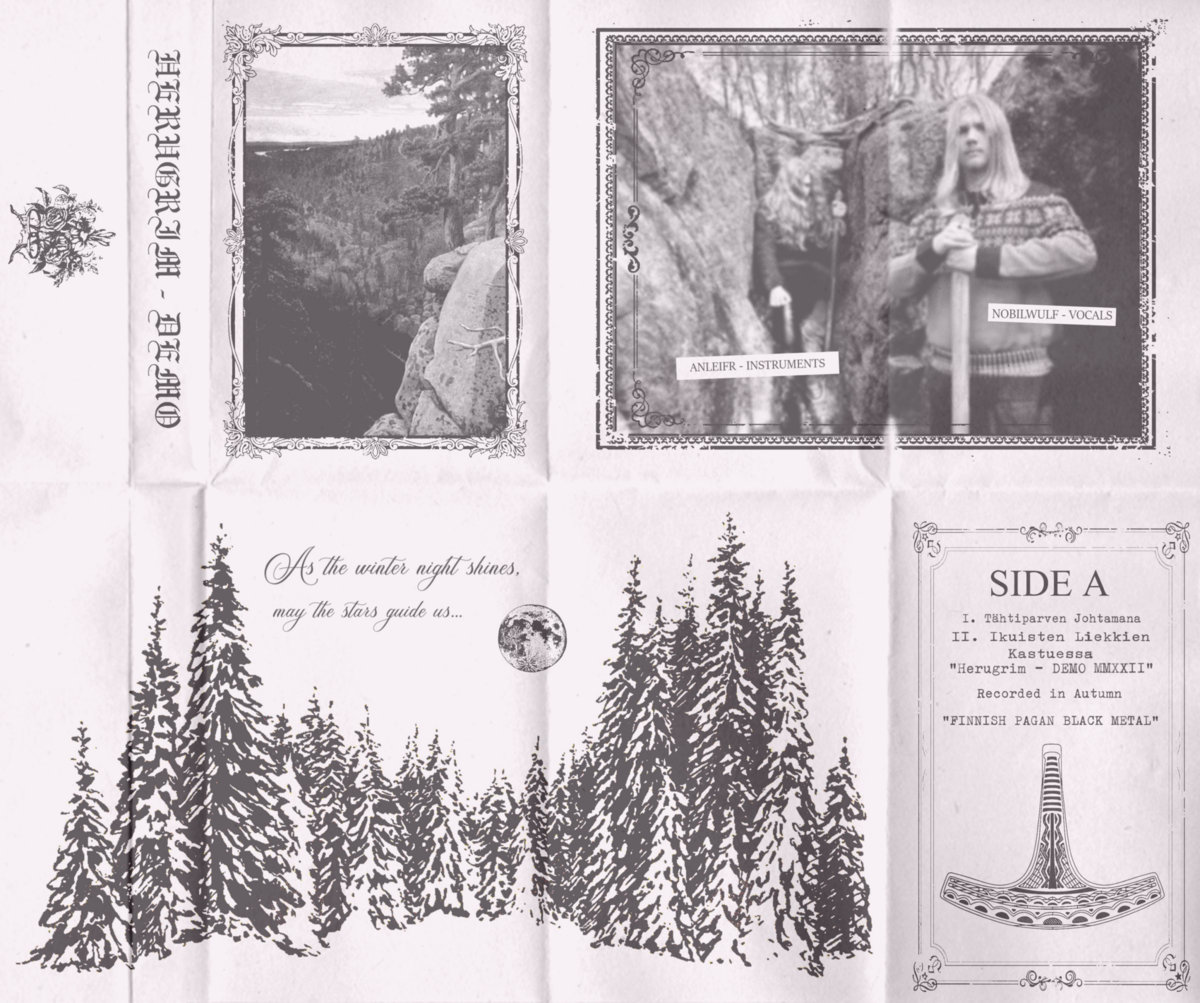 “This might be something for you to review”, said VM’s own FelixS when he forwarded me the first demo of the Finnish band Herugrim. He’s right, if it’s Black Metal and comes from Finland my interest is typically peaked, so I gladly delved into ‘Demo XXMMII’ of the band. Herugrim was formed earlier in 2022 and consists of vocalist Nobilwulf and instrumentalist Anleifr of Spellblood and Xavarthan fame. And damn, their first demo is excellent!

On ‘Demo XXMMII’ Herugrim plays Pagan Black Metal. This basically comes down to that the music leans on Heavy Metal traditions and is epic and catchy, yet it sounds raw and is Black Metal through and through. With just two tracks clocking in at a little under eleven minutes, there are plenty of highlights. After a brief acoustic start ‘Tähtiparven johtamana’ introduces the demo’s raw guitar sound with epic guitar riffs that let the Heavy Metal origins bleed through. The creative drums and bass guitar become obvious immediately, further adding to the epic atmosphere of Herugrim’s Black Metal. These elements are all topped off with excellent croaking vocals, and even some background Bathorian chants (although in this case actually in tune). The second track ‘Ikuisten liekkien kastuessa’ is possibly even more epic and adds some folky keyboards to the soundscape. But it’s also during this track that the band shows their traditional, blasting Black Metal side. On both these tracks the band showcase a cohesive diversity, constantly varying drum tempos, catchy riffs, epic melodies, and rasping vocals. The true triumph of the band is that it all flows perfectly, within a song but also between the two tracks on the demo.

Black Metal outbursts, production and vocals combined with epic Heavy Metal riffs and a touch of folk: This is a really impressive demo by Herugrim! Two tracks, five minutes each, sounds perfect for a 7” EP vinyl release don’t you think? I would buy it without hesitation!