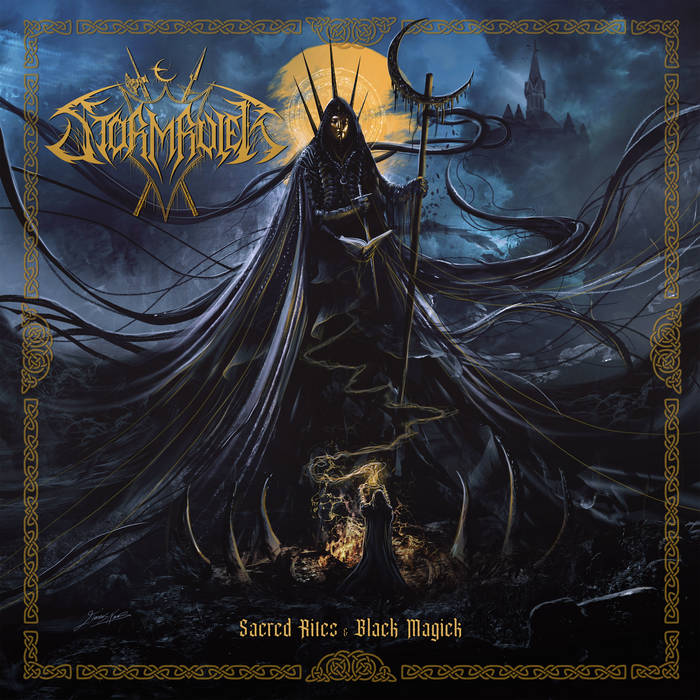 While I will forever respect Napalm Records for their amazing pioneering work for the development of (extreme) metal, I also regularly scratch the back of my head when I see something from the label passing by. Because while bands like Life Of Agony or Devildriver may not be the bands that will make the heart of the average VM-Underground reader beat faster, they are respected bands in their genre. But with bands like Alestorm, Gloryhammer, Feuerschwanz and Nanowar Of Steel, I am facing huge difficulties to wrap my head around the fact that people are actually making and listening to this kind of nonsense. I’m afraid you have to be a beerbellied Wacken-going German for this, and, frankly, that’s just not me….

Well, fortunately, Napalm Records also regularly has something to offer that we can sit down for. One of the label’s newer acquisitions is American Black Metal band Stormruler. A band that actually emerged from nowhere and came up with their debut album via Napalm Records without demos or any other previous recordings. Nor does the background of the duo behind Stormruler give much reason to think of a quality band. Still, this duo, incidentally assisted live by ex-Cattle Decapitation bassist Derek Engemann (and Rex Brown stand-in in Pantera), manages to deliver a pretty convincing sound.

A sound that is abundantly grafted onto European-style Black Metal, something that also suits the duo’s attire in typically medieval armour. Stormruler draws from the same keg as that other American Black Metal band with a similar name, Stormkeep: rich, melodic Black Metal that is bombastic at times and brimming with dynamism. The music is anything but static; every song does contain a slew of acoustics and almost Dungeon Synth-like interludes, flashy guitar leads and good bridges. Stormruler’s musical craftsmanship is therefore beyond any doubt, the duo treating you to an adventurous slab of fantasy-driven Black Metal. A style that seems to be very much in demand over the last two years or so, because while obviously not all of them are immediately interchangeable, the aforementioned Stormkeep, as well as Moonlight Sorcery and Morbikon, for instance, fit that very same bill. These are bands that combine the guitar-driven epics of Dissection with the rich orchestrations of a band like Diabolical Masquarade and fit it all into a modern production. ‘Sacred Rites & Black Magick’ is just another excellent example of a Black Metal sub-genre on the rise.

Despite all the fantastic musical achievements, Stormruler did err on their musical drift on ‘Sacred Rites & Black Magick’. The debut album was already a hefty sit at over an hour, this latest album knocks a whopping 75-plus minutes. I can’t say there are any obvious fillers on this album, but I think it would have been a lot more effective if they had split the album into two parts. So, despite the album being an excellent exercise in Melodic Black Metal, its monumental proportions does take a bit out of the listener and also takes away from the overall experience.