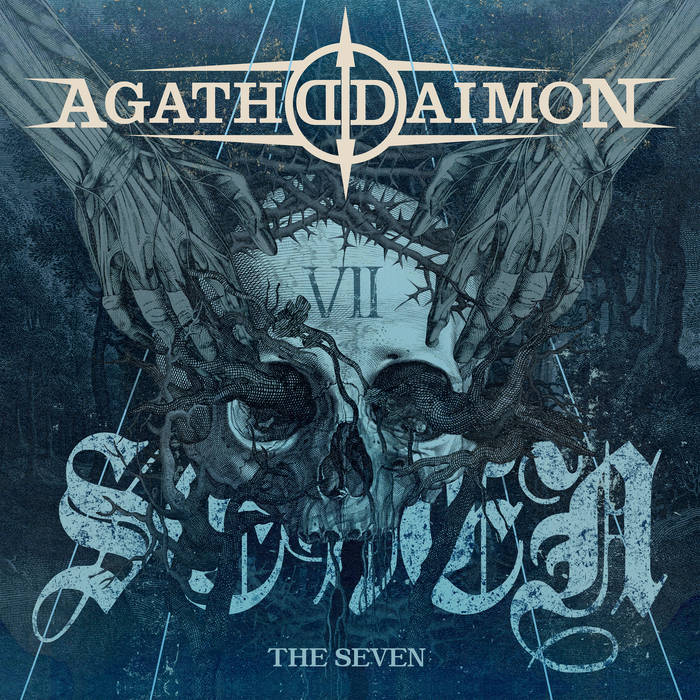 From the mid 90’s to the first few years of the new millennium, the German Melodic (or Symphonic, if you prefer) Black Metal band released some decent albums, of which especially their 2001 ‘Chapter III’ did garner some appreciation. Yet, the band was never able to really get their ball rolling, despite the ideal musical climate in which bands like Dimmu Borgir, Cradle Of Filth and the likes were paving the path for a more Gothic-tinged and/or dramatic bombast-laden kind of Black Metal – and even despite them being backed up by Nuclear Blast Records.

Not too long after the turn of the millennium, the band kind of dropped from most people’s radar. Partly due to a changing musical climate, but mostly due to a slew of lesser interesting albums, which finally led them to throw the towel in 2014. Agathodaimon to me always felt as a band that never really fitted in anywhere. They were too melodic and had too much of a Gothic-touch for the ‘real’ Black Metal fans, but they were too Black Metallish for most gothics. Therefore it might not come as a surprise that the band was mostly popular in their home country of Germany. To me the book of Agathodaimon closed rather unsatisfyingly.

With that history of struggle and the absence of real success, I was most surprised that the band announced their return in 2020. Guitarist Sathonys, who is also responsible for the clean vocals, resurrected the band on his very own and found four new musicians to accompany him during this second coming. The band took two years to write and record a new album, which got its release earlier this year through their last label, Napalm Records.

And how I wished it was any different, but I am afraid Agathodaimon is still very much the same. A bit of this, a bit of that, basically the jack of all trades that dwells in the twilight zone that divides Melodic Black Metal and a something that has this more Gothic sound. ‘The Seven’, not surprisingly marking their seventh album, sounds like most of the band’s preceding work, not entirely comparable musically, but the approach is still very much alike. It blends some rather fierce sounding blasting pieces with some nicely crafted melodic passages, giving much of that Agathodaimon ambience. But, a bit too often the band bogs itself down into mehh-territories, such as heard on ‘Ghosts Of Greed’ where the band can’t shake of its mediocrity. Most painful though, are the vocals, both the harsh vocals that reflect the band’s Black Metal side as well as the clean vocals are way less executed than before and both offer very little convincing power.

Though I can’t at all say that ‘The Seven’ is a bad album, it leaves me with the same feeling as I basically have with all of the band’s previous material. Besides the music on offer not being quite satisfying, I think a playing time of just under 50 minutes is not making things easier either. Frankly, ‘The Seven’ is just another Agathodaimon album; close, but no cigar.