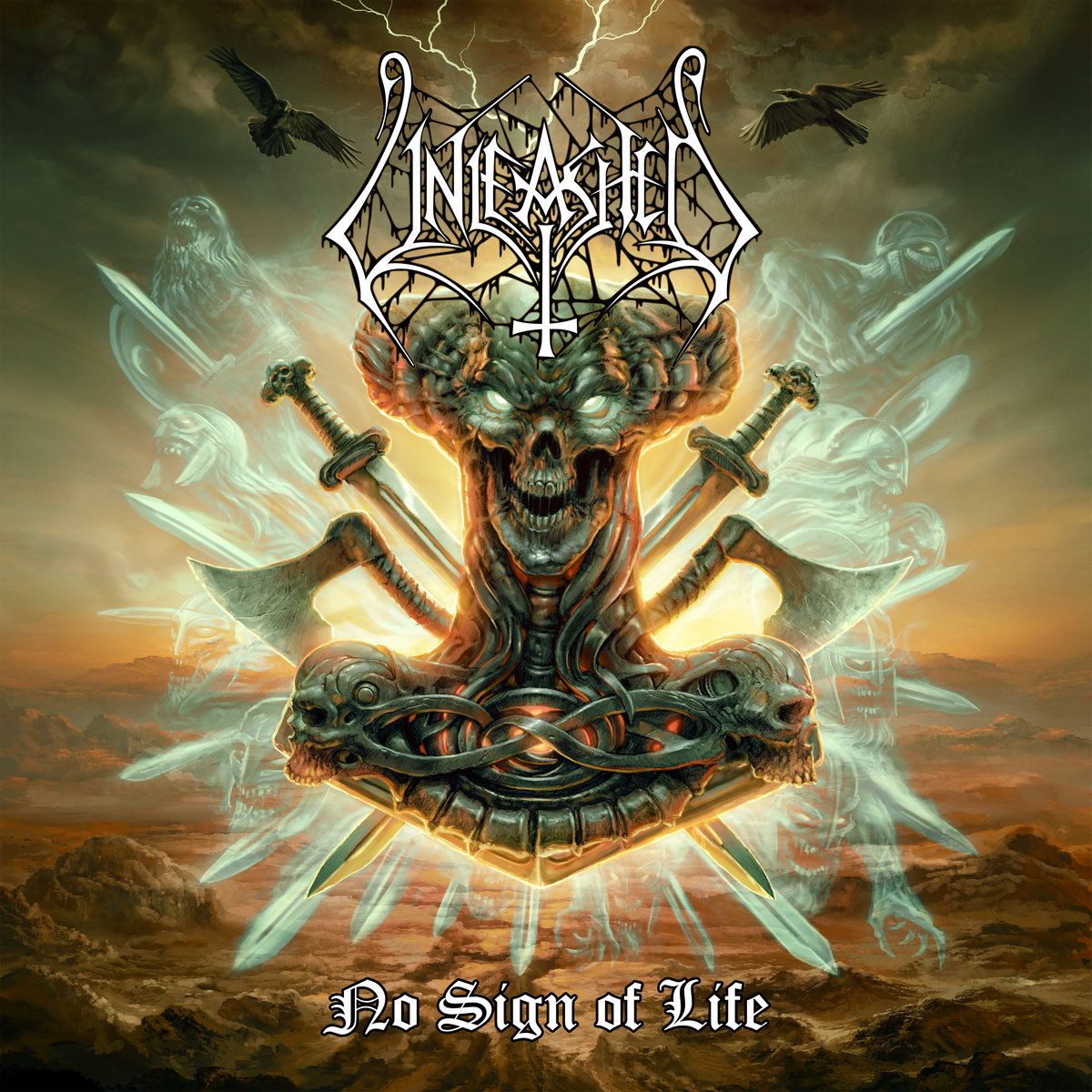 By the end of last year, one of the most renowned Swedish Death Metal bands released their fourteenth album, proving once again that Unleashed definitely belong to The Immortals. While a lot of other bands from the first generation Swedish Death Metal bands went to pursue different musical territories or had trouble keeping their vessels afloat during rough times of line-up changes, inner struggles or the common dip in the interest in Death Metal in general, Johnny Hedlund seemed to have very little trouble keeping a straight course with Unleashed. Yet, while the musical quality on offer wasn’t always of the standards that they’ve set with their first three albums, they can be seen as one of the very few super consistent bands of the entire genre. Not only their musical direction has never wavered off, also their line-up has been stable since 1995, which, frankly, is quite unique.

Unleashed apparently never felt the urge of changing the winning formula that the band already set with their early demos, ‘And The Laughter Has Died…’ 7” EP and especially with their classic debut album. And, fair enough, after three decades that is not something that should be expected anymore either. Compared to their peers that helped spawn the lively early years of the Swedish Death Metal scene, Unleashed has always sounded a bit more basic, stripped-down or simple, clunky even, if you will. Unleashed has always been a band that was driven by simple and rather standard riffs, straight-forward drums and Hedlund’s ever-recognizable vocal delivery.

We can also paint ‘No Sign Of Life’ into that very same corner. Expect nothing but the ever enthusiastic Hedlund barking his heathen-tinged lyrics over the Unleashed-by-numbers riffs and pummelling drums. There is no way to say anything negative about the album, but at the very same time it is also rather hard to point out the highlights on the album. ‘No Sign Of Life’, like many of the band’s later records, is best judged as another good old ride on the Unleashed chariot, as a whole a decent album, but nothing all too spectacular. You shouldn’t expect ‘To Asgaard We Fly’, ‘The One Insane’ or ‘Before The Creation Of Time’-like sing-along material either. It is just a very decent album, far above the band’s deepest low points of ‘Warrior’ (1997) or ‘Hell’s Unleashed’ (2002) but very much unable to get into the realm of the classics either – which is just fine, Unleashed is just being Unleashed on this album, that is why we all love this sympathetic band.