Putrid Coffin – Under the Cemetery 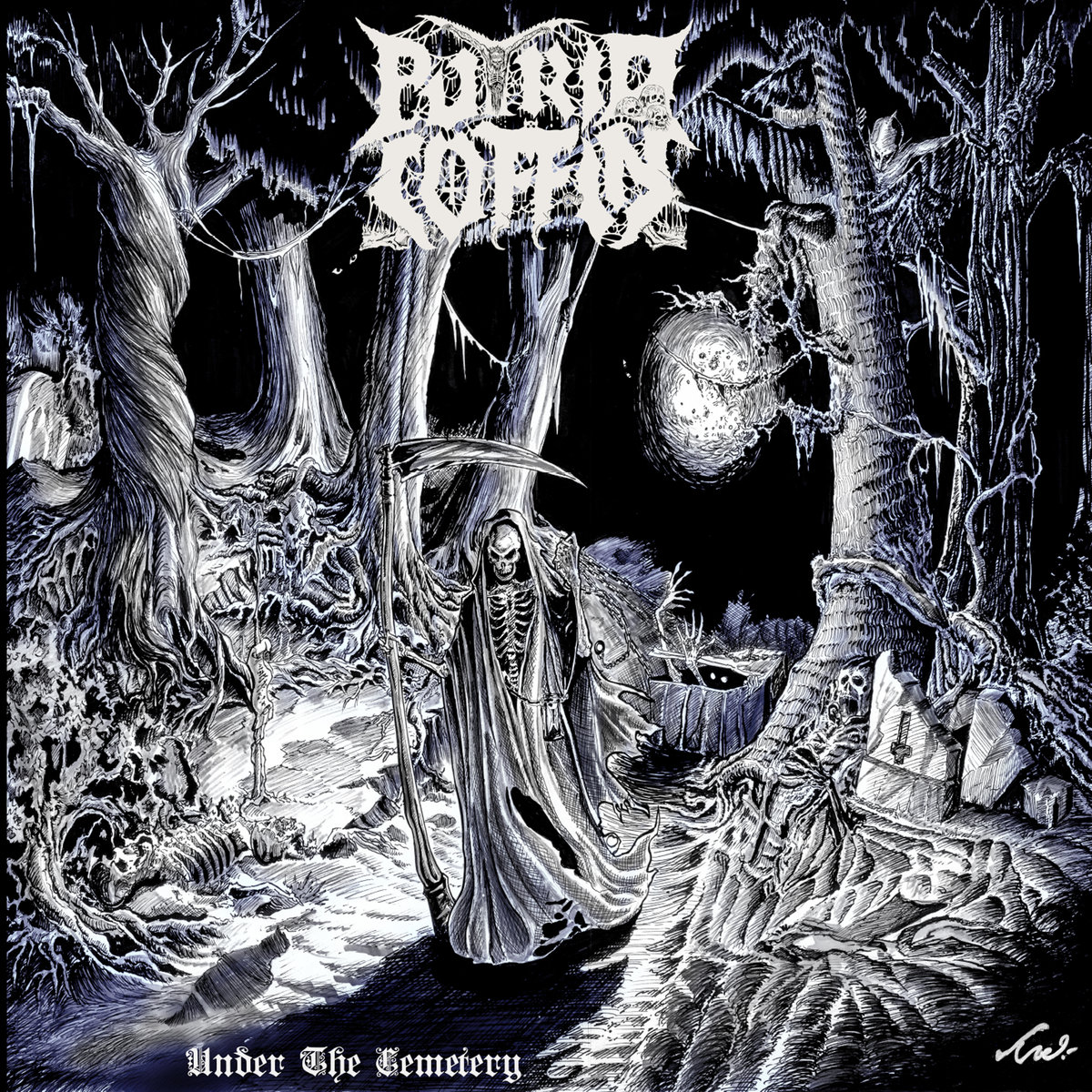 Chile has been releasing an (un)healthy dose of true underground heavy metal since the 80’s and I am never disappointed when I find a new band from the country of poets. Its almost like they are stuck in a timewarp of the 80’s and worship the riffs of Sodom, Bathory, Celtic Frost and all the other ancient ones.

Putrid Coffin is no exception and their debut album “Under the Cemetery” is a whirlwind tornado of death/thrash force right in your face. The album was originally released digitally in 2016 by the band but has recently been re-released in 2019 by Australis Records on CD format. The main thing that I love about death/thrash is the mix of tempos incorporated in the songs and this album has tons of changes between nasty black thrash riffing and mid-tempo death metal bulldozing, on-top of the menacing riffs the vocals are a combination of thrash howls and death grunts which is exactly what you want from this kind of music. The production on the album lends itself very well to the atmosphere and visceral energy, it’s neither overly clean or muddy and it allows the mix to come through the speakers with force. One aspect of the songs that I really liked was that some of the guitar leads were more on the 70’s heavy metal side instead of just being whammy bar wank-fests and divebombs. On first listen, I thought that some of the solos were misplaced but after my third listen, I stand corrected and they work well in contrast to the fast as fuck ripping guitars and drums.

I found “Under the Cemetery” a very enjoyable death/thrash record and it should please any metalhead that wants to worship at the altar of 80’s heavy metal. (Ted Gloom)