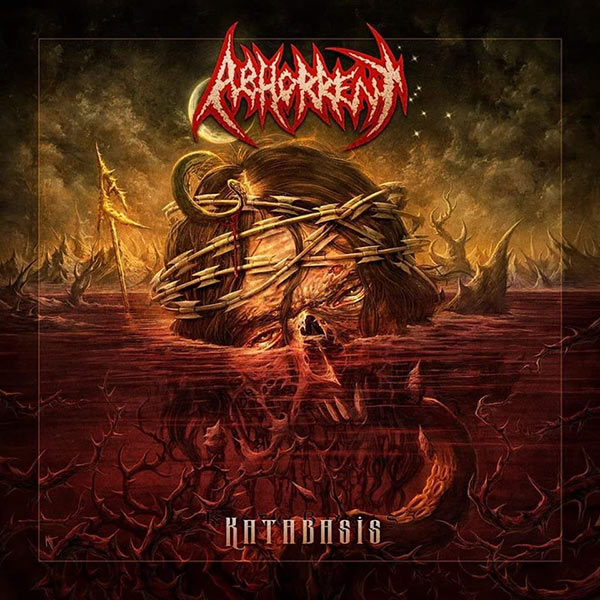 Chile, in the late 80s, was under the brutal dictatorship of Augusto Pinochet. However, it doesn’t stop and in retrospect, pushed the many Chileans in search of bloody and violent metal, to ventilate the anger and frustration. In that vein, the band in question here, founded their first group called Accurst. Surprisingly, that lineup has hardly changed since the founding of the group in 1987.

After a change of name to Abhorrent, the group released its first demo “Instrumental Adv. Tape” in 1992, then another demo “Christianicide” in 1993 and later, followed by their debut full length “Start Point” in 1996. Yes, we are talking about some deeply rooted veterans of the South American scene there, who were soldiers of creating Death/Thrash, to convey their denial, inner insanity against religion and enforced violence by the establishment. After that debut full length, the band seems like falls into some hiatus, as in between 17 years, they came back only in 2011 to release their second full-length “Heridas” and disappeared again.

Now, almost 10 years later, the Chileans are back again with their personal take on Death/Thrash, on this latest album, “Katabasis”. A strange name indeed, which means – “a recurring motif in Greek epics, dealing with the hero’s descent into the underworld, the Underworld. It is one of the most decisive qualifying events in the initiation and training of the epic hero”. Interesting theme no doubt, and regarding the album, the first striking thing is the artwork of the cover, which is particularly successful to provide a preliminary essence of what awaiting inside. Now, regarding the music, I expected to come across some primitive, low-front Death Thrash, given the lineage of the band members and like many of their contemporaries.

But, no, their style is certainly primitive, incisive and violent when it is needed but it does not lack groove and hyper catchy choruses. Above all, they show a sacred technical baggage, since we find here and there certain passages that would not have denied Atheist or Cynic, which is truly surprising. So of course, this is not a great revelation of extreme metal, but we find ourselves in front of a finely crafted album, with a faith which imposes respect and a clever mix of violence, groove and technicality. Embellished with a very honest production, the disc can be listened to with pleasure. Old school without being backward-looking, we get a little the best of both worlds: a rage inherited from Latin America in the late 80s / early 90s, combined with a clean production without being artificial and a tad of skillfully placed technique.

Recommended for any fan of somewhat infectious Thrash or not too coarse Death Metal and to anyone, who always fascinated by everything coming out from thy realm of South America. (Randolph Whateley)