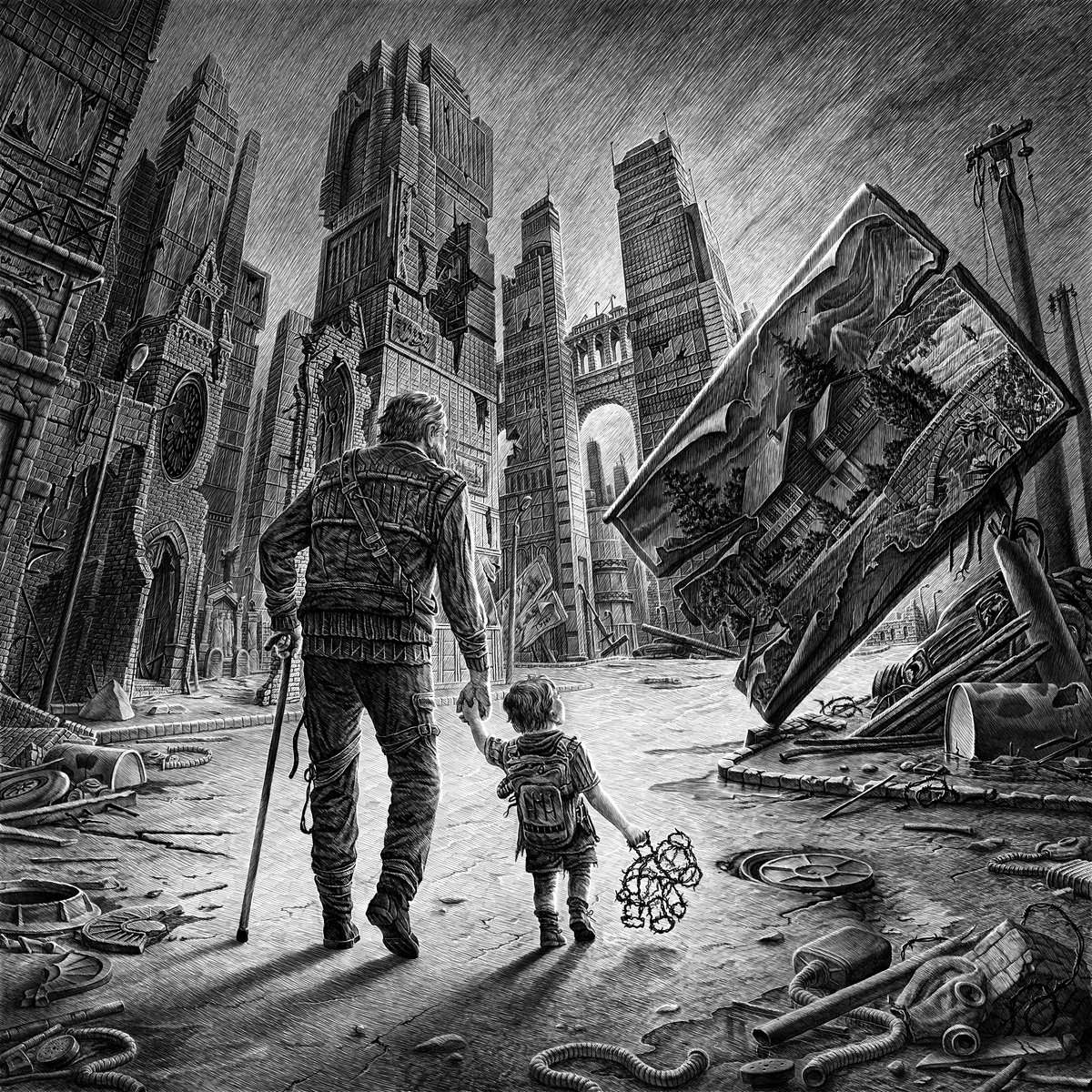 Formed in 1998, Meslamtaea may be considered one of the longest-running Dutch Black Metal acts, but in that almost quarter-century of its existence, main man Floris Velthuis has been in no hurry to release one album after another. The first demo appeared in 2004, followed by two split releases with Dutch Cultus as well as the debut album. After that, things remained quiet until 2017, since then we have been hearing from Floris and his Meslamtaea with regularity. This most recent work, ‘Weemoedsklanken’, is already his fourth album.

With the apparent resurrection of Meslamtaea some five years ago, a lot has changed. Not only has Floris gradually found two band members to provide vocals and flugelhorn at his side, but Floris has also opted for a musical turnaround. From the more standard and somewhat Pagan approach of the recordings in the 00’s, he has deviated to a more contemporary and even slightly progressive course. It is also in this musical landscape where the flugelhorn has a fairly prominent place. In many bands featuring horns, the instruments are given a modest supporting role, but in Meslamtaea, it has a similar prominent role as the trombone in Sear Bliss, for instance. But that is also where the comparison with the Hungarians ends. There is no question of (slightly) bombastic and symphonic Black Metal here. On the contrary. Izzy uses his flugelhorn in an almost sultry and jazzy way, in its simplicity and sheer beauty counterbalancing the intricate Black Metal violence Floris comes up with. The result is an atmospheric, almost aerial and Post Black Metal-like soundscape, in which dynamics and creative compositions are played with to the full.

Lyrically it also seems to deal with a totally different world. While the earlier recordings dealt largely with a bit more standard pagan epics and heroics, whereas this later work clearly relate to more personal and emotional topics. Though most of lyrical content seems to work just fine, especially with the bands’ recent musical change of course, I do have a bit of a problem with overly clichéd phrases like “De treurwilg op het Kerkhof” (“The weeping willows at the graveyard”).

Wrapping it all up, and taking the previous two albums into account, it is safe to say that Meslamtaea has successfully completed the musical transition. With each album the musical concept is better developed and the compositions become stronger. With the current pace of work, the expectation is raised that a new album should not be too long in coming.