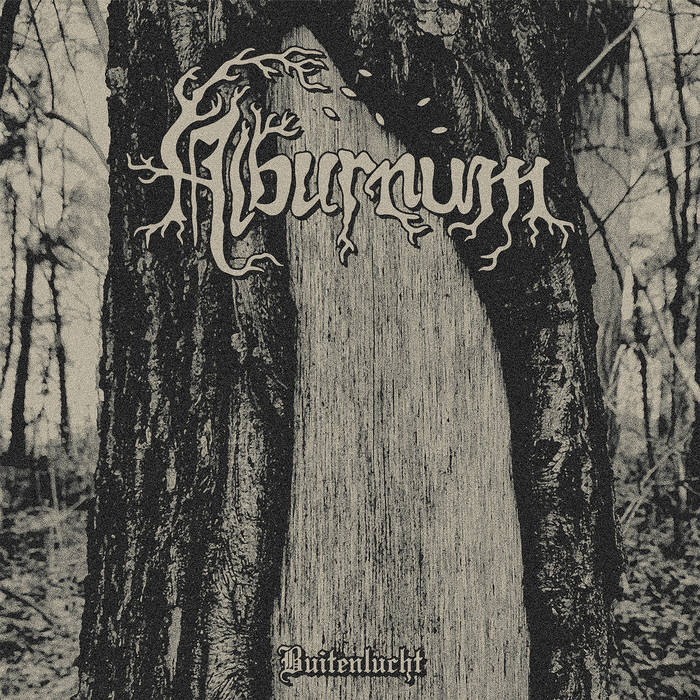 The Dutch band Alburnum is a relatively new act from the ever-fertile Black Metal scene of the city of Utrecht. Like many (very) local scenes, a lot of bands involve many of the same musicians, really dedicated figures who are propelling their surroundings into great heights. One of those unique souls is Robbert van Rumund, the driving force in many different bands and projects (Faceless Entity, Seer’s Fire, Wandelaars, Zeegang amongst many others). While not all of his many bands are equally good or even very clearly distinguishable from each other, Alburnum definitely has a different character from most of Van Rumund’s other bands, but it does quite fit in an ongoing trend in the Dutch Black Metal scene.

Musically Alburnum can be found somewhere in the same camp as Agalloch, Wolves In The Throne Room and maybe even Kampfar. By drawing clear and direct influences from nature, alburnum being a different word for sapwood, it creeps close to all those bands that have their musical creations around similar themes. Within the Dutch Black Metal scene a band like Fluisteraars or Turia comes rather close, while not being completely comparable. Its Pagan and folky ambience is further enhanced by the great use of accordion, which gives the songs a very illusive sound, maybe even a bit of a melancholic touch. The EP, which clocks near the half hour mark, feels like a musical equivalent of a stormy walk outside; refreshing like a brisk autumn breeze, in which you feel the first drops of an approaching, dark rain.

While there are obvious comparisons to be made, I don’t think it does Alburnum full justice to place them directly in the same league with Agalloch and Wolves In The Throne Room either. Not only because of the potential resistance those bands might evoke because of their musical direction, but also because Alburnum have really managed to put out a very solid product so early in their career. That gives them a well-deserved place of their own in the spectrum of atmospheric, melodic and adventurous Black Metal with a clear Pagan slant. Despite its rich and dynamic sound, the duo behind the band have achieved a pretty stripped-down version of it, free of all sorts of unnecessary extras and things that can only distract from the band’s core. This way they have kept a strong and solid Black Metal base, even with the use of a lot of great melodies, acoustics, mandolin and accordion.