Infestment – Maggots in Your Brain [Demo] 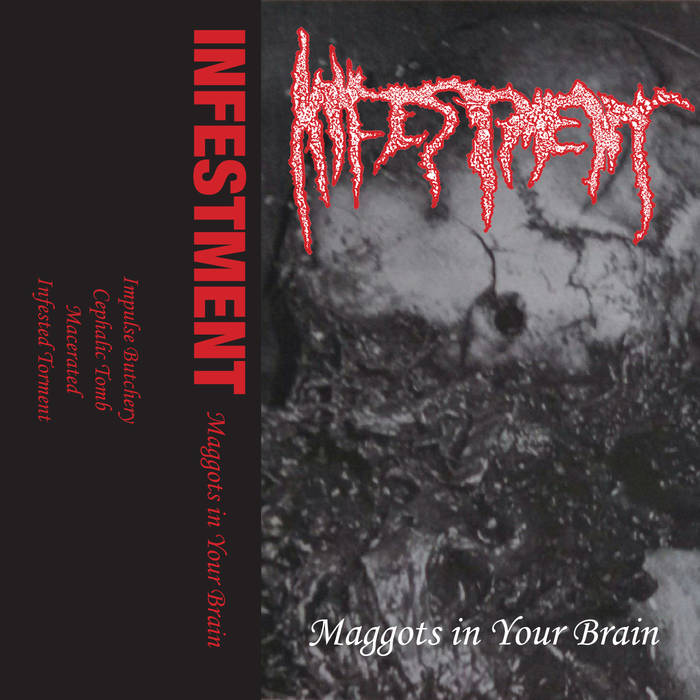 Justin Stubbs who is known for his work within Father Befouled, Encoffination and many other bands and projects handling Metal in its extreme form, had a bit of spare time left and probably thought, let’s make some Old School Rotten Death Metal. He called his good buddy Wayne Sarantopoulos (also known of Father Befouled, Encoffination, Conjureth and also many other projects) to fill in the spot on the drums.

Justin and Wayne are bringing you back to the days of Cannibal Corpse when Chris Barnes was vomiting his guts on albums like “Butchered at Birth” and “Tomb of the Mutilated”. You will hear all kind of riffs and hooks you heard during “Addicted to Vaginal Skin” or “Living Dissection” with a low growl that goes beyond the vocal performance of Chris Barnes on “Tomb of the Mutilated”. The sound will be a bit tricky for some, as it has a certain old demo feeling and even a bit sloppy, but I for one am enjoying this charming fact.

If you can go past the sound, you will hear some old Cannibal Corpse-influenced Death Metal which I personally enjoy on any day. (Ricardo)