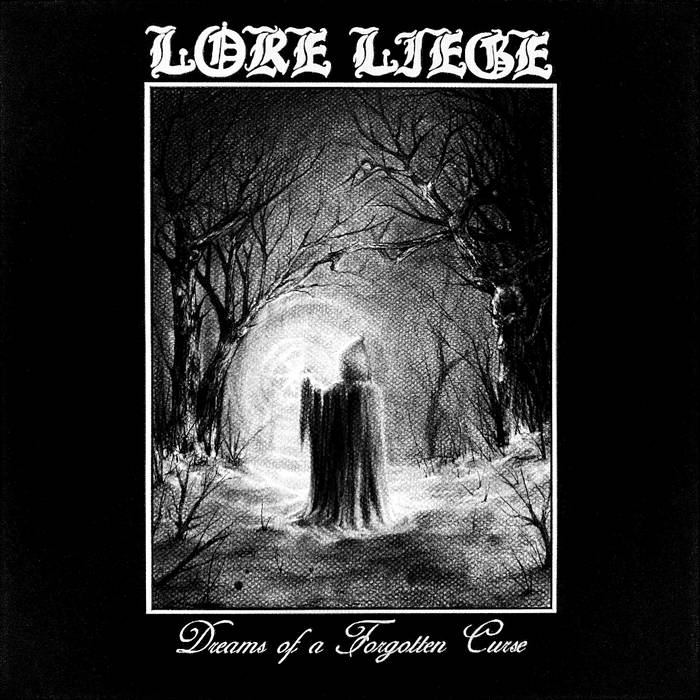 When bands sound very much like their great examples, it always generates debate. Is it worship or copycat? Or, in some cases, even scavenging? In all styles in the metal genre, there are plenty of examples of bands that fall into either of these categories. Personally, I have no problem with a band is not being particularly original and has a clear source of inspiration and does not make a fuss about.

I think Galrög the Imperial, the sinister soul behind this American one-man Black Metal band, feels the same way. When hearing the first notes of this EP, it is clear what inspired him. Burzum is basically all over the place, especially the oldest Burzum work is being hailed here. Well, using Burzum as a (main) source of inspiration is not exactly new or original, but rarely do I get to hear it executed as well as on ‘Dreams Of A Forgotten Curse’. Not only are the riffs well crafted, but the whole sound and even the atmosphere is almost identical to Burzum’s 1992 debut album. This is especially evident on the opening track where a truly stunning resemblance hits you. Burzum’s slightly more organic sound of the other classic albums, where keyboards play a major role, is also audible on this short but very successful EP. Besides Burzum, I also regularly thought of Silencer, especially with the dying notes of the last track – but, of course, Silencer itself was not averse to a bit of Burzum to start with. I already never minded a bit of borrowing, but certainly not when it happens in such a successful way as Lore Liege is performing. I am impressed.