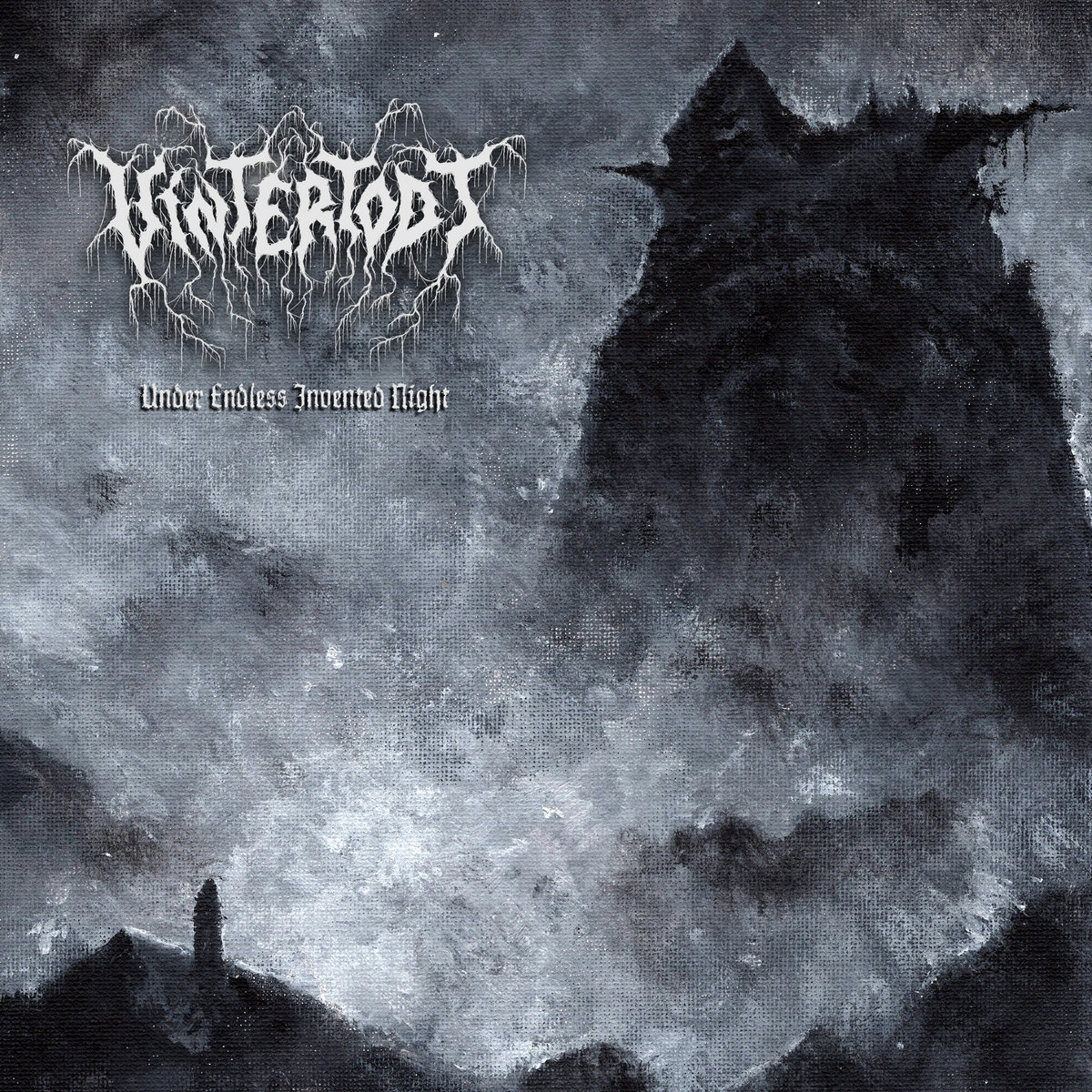 From New York, USA, hails the Black Metal band Vintertodt. Formed in 2018, the band soon recorded their first demo which was released in 2019. ‘Pure Fucking Hatred’ featured two tracks, which VM’s own Ricardo liked although both tracks had quite a different character. He concluded that “I don’t dare to say which path they have to take as both are well played and suit the skills of both creators, but in order to make a smashing debut album you can’t keep on mixing both styles on and off”. Time to find out which path they took, as 2022 sees the release of the band’s debut album, ‘Under Endless Invented Light’.

To answer the question: they managed to find a middle ground between both paths. On the debut album the band mixes symphonic keyboards with blasting Black Metal. I’m immediately reminded of Dark Funeral at the time of ‘Vobiscum Satanas’, but with more lingering melodies and, as mentioned, atmospheric keyboards. The atmospheric elements are quite subdued and not too overly present, and the lingering melodies are, although fairly simple, pleasant and interesting and fit well with the enhanced atmosphere. Sometimes the keyboards are a bit more upfront, especially in more midpaced tracks like ‘And So Begins the Most Lonely of Aeons’ which has a bit of an old Dimmu Borgir vibe. The vocals are also quite good, and actually also remind me a bit of the harsh shrieks of Emperor Magus Caligula on aforementioned Dark Funeral album. On the band’s demo they had employed the services of a session drummer, but on the debut these have been taken over by original band member N.S. That leaves us with either the option that N.S. learned how to play the drums in a fast and blasting manner in the time span of three years, or that ‘Under Endless Invented Light’ features electronic drums. It doesn’t really matter which is the case, but one thing is for certain: the drums are a bit too much. This especially counts for the blasting sections, which unfortunately make up the majority of the material. I already thought the drum sound on the demo was a bit too upfront and intense, and in the case of the debut album I feel the same. They’re almost exhausting and way too dominant. For me, they take a lot away from the enjoyment of the album. The otherwise fine musicianship is at least in part ruined for me and turns the whole album into a little bit too much of the same thing.

A bit of a hit and miss for me, the debut by ‘Vintertodt’. I like the lingering melodies of the guitar riffs, the vocals are good and the atmosphere is right. It’s just that the drums take away a lot from it, and inevitably it felt like a hard album to sit through multiple times. I sincerely hope the band will find a better balance on future releases, there certainly are things about ‘Under Endless Invented Light’ that sound promising.