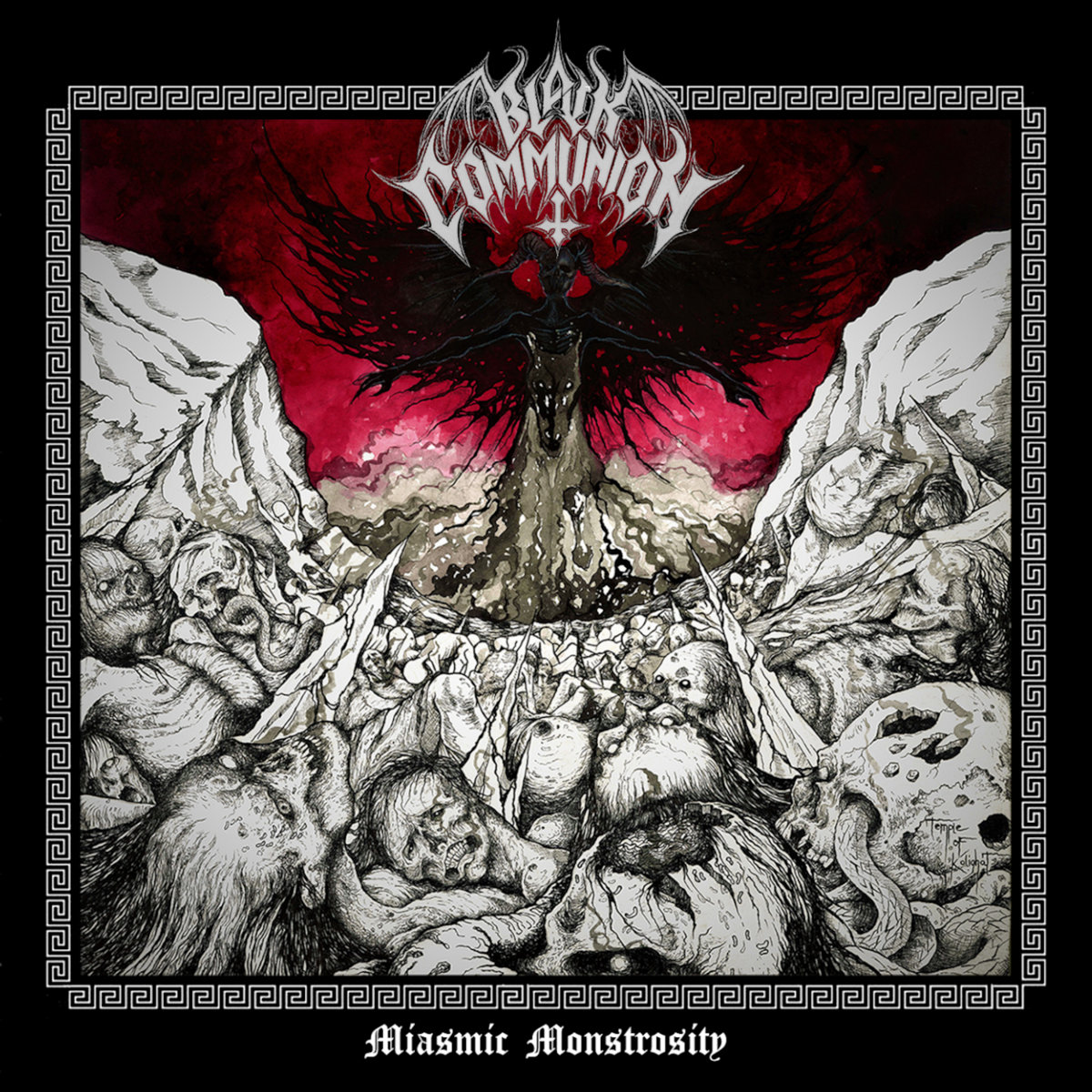 From Colombia came this Black/Death band, which folded not too long after releasing ‘Miasmic Monstrosity’. With current and ex-band members sporting names like Necro Pervertor, Blasphemer Goatpriest of Virgin’s Impalement, Sadistik Offender and A.C.M Six Wargasm from the Cunt of the Iluminati Whore there is no doubt what we are dealing with. Unadulterated, unpolished South American Black/Death Metal. And that is exactly what you are presented with ‘Miasmic Monstrosity’.

Chaotically blending Death Metal and Black Metal in almost equal parts with Thrash Metal elements and lots of effects on the vocals and there you have it. This is stuff for fans of Anal Vomit, Goat Semen, Black Angel or even just an obvious band as Sarcófago. If you are into those bands, you will certainly enjoy the frantic drumming, barbaric vocals and fierce guitars that regularly go into wild tremolo territories. Yet, Black Communion doesn’t get into those almost buzz-sawing depths like Proclamation or Teitanblood, but stays on a more shrill sounding Black Metal tone, so a more Black Metal ambience is preserved. Still, due to the vocals and the Death Metal vibe the band doesn’t go too far from those well-trodden paths and is nearing a band like Necrowretch (as heard on their earlier recordings).

In this particular genre, there are few real standouts, many bands are nice, but offer little in the way of sensationalism. Black Communion also falls into that category: nothing too earth-shattering, but performing it solidly.