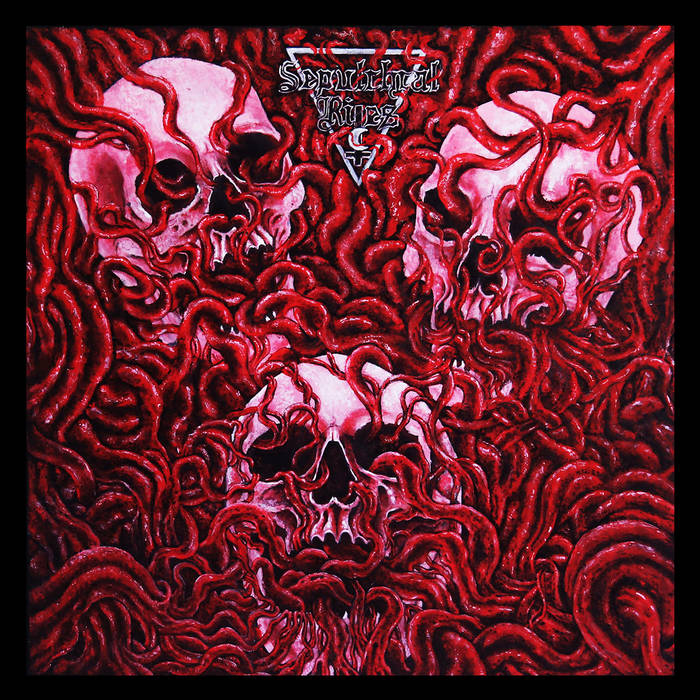 Last year the Chilean, all-female Sepulchral Rites released their debut EP ‘Death And Bloody Ritual’ through Germany’s Dunkelheit Produktionen, and with their regressive sort of Death Metal they left a pretty solid impression.

Chile and (extreme) metal has been a perfect combination for quite some years now, many great bands have been ruining our eardrums in various genres. Although Sepulchral Rites is best categorized as a Death Metal band, but it actually moves at the tipping point between Death Metal and Black Metal. If you look the band up at their Spotify profile, you are suggested to also check out Corpsessed, Protector, Undergang, Incantation, Blasphemy, Grave, Deströyer 666 and Hulder. In all honesty, while Spotify sometimes really messes up your account with senseless listening tips, this sums it up pretty well. The band’s sound is firmly rooted in old school rotting Death Metal, but it also sports a healthy dose of Black Metal, especially in the riffs and in its dark and twisted ambience. The EP, that clocks just under 20 minutes, just breathes old school extreme metal and should best be judged this way too. It might not be the most exciting band around, but with ‘Death And Bloody Ritual, these three ladies have delivered a very decent debut EP that achieved what it was set out to do.