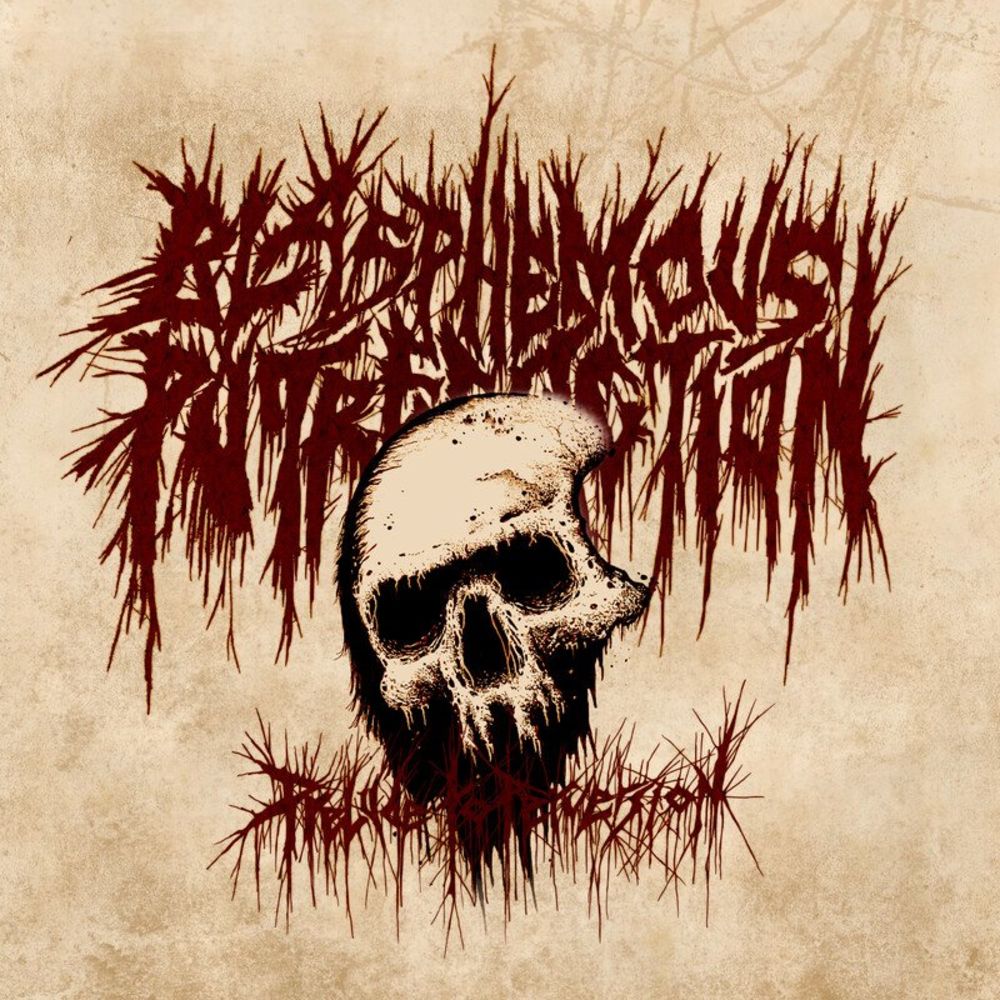 Goodie, goodie. And here it is: the long awaited and even more anticipated debut from German Blasphemous Putrefaction. Freshly exhumed and still reeking of decay and putrefaction.

After the ritualistic ground shaking introduction, that is “Prelude To Perversion”, opener “Necromantic” is being puked out all over the listener. A tidal wave of down tuned guitars, brutal tremolo picking, distortion aplenty and punishing primitive almost tribal bashing on the drums accompanied with prehistoric growled vocals draw you back to an era where Death Metal music was actually still dark, menacing and murky and where bands tried to record the next mile stone in sheer unearthly brutality.

And it goes on like this – one instant classic after the other is machine gunned through the speakers. As usual the necessary uncanny sound effects have been added for maximum impact.

I’m not going to spend too many words on this gem. “Prelude To Perversion” oozes raw, murky unpolished metal of death from the beginning to the end. The entire album simply feels it was recorded back in the early nineties and then buried in a hurry.  It’s so downright sinister, bestial, hostile and primal the way it was meant to be. Amazing!

The album gets a well-deserved maximum score – for being authentic or being just another worthy effort in copying this graveyard sound of old – who cares? It’s out!

Fans of evil old school Death Metal need not to hesitate for a split second.

Great job by Dunkelheit Produktionen who already treated us to Tunjum, Abatuar, Goatblood and other of nasty critters. Keep up the good work!

And me? I’m off to the Corona bar to celebrate! (LCF)