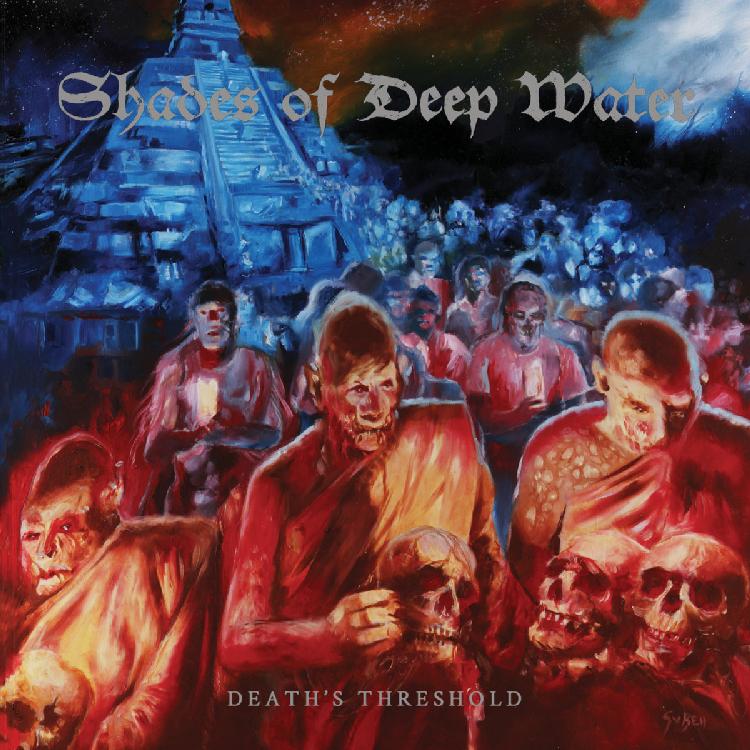 Giving J.H. props for getting as far as he has in the Funeral Doom game as a one-man show is, in my opinion, the very least anyone reviewing his work can do. I can’t think of many who have succeeded at such a thing (Johan Ericson of Doom:VS, perhaps most notably, and to a lesser degree Val Atra Niteris of Frowning), though I am certainly not the expert on the matter. The canvas for artists in this genre is quite vast, which is wonderful for creative people with deep imaginations, but filling that much empty space isn’t typically a task designed for one person. So, good for J.H. The dude has some stones.

Now, I have long thought that the toughest job in a Funeral Doom band would be that of the drummer. The main reason for this is that with songs on the longer side (to put it mildly), the percussion and syncopation involved really must work overtime to keep an audience interested. This, of course, goes for the melodies and instrumental texture as well, but without a solid beat even short songs will fall flat. There’s just no way around that. And here is where J.H. gets into a little deep water (pun intended).

“Death’s Threshold” is a single song, in four parts, that lasts just over forty minutes. I have no problem with the length of the album, or the concept behind taking a while to tell a story, especially if, as in this case, that story involves the creation, exploration, and eventual destruction of an entire galaxy. And, to be sure, J.H. does a wonderful job with texture and melody. Particularly with is guitar work, which he’s got layered expertly throughout each track. The issue I run into as a listener is with his drumming. Allow me to explain.

J.H. presents exactly two drum beats, the second of which is just a slower version of the first. That speaks volumes about his stamina and ability to mimic a metronome; two qualities, I’m sure, most drummers would kill for. But, when you’re dealing with songs between eight and twelve minutes long, variety is an absolute necessity in the drum department. The lack of that here just doesn’t work for me.

I am willing to consider the possibility that I’ve missed the point, however. It is obvious that a lot of thought went into the creation of this album, so it seems insensitive for me to suggest the man didn’t factor in the weight of the percussive elements. If it was J.H.’s intention to be laser focused on a single drumbeat, he nailed that. I’m just not convinced of its effectiveness.

Nevertheless, “Death’s Threshold” is an enjoyable listen, if for no other reason than Shades of Deep Water showcases the work of a single musician dedicated to creating honest Doom Metal on his own terms. The album will not be on constant rotation for me, but I’ll certainly look forward to hearing what J.H. comes up with next.  (VUK)