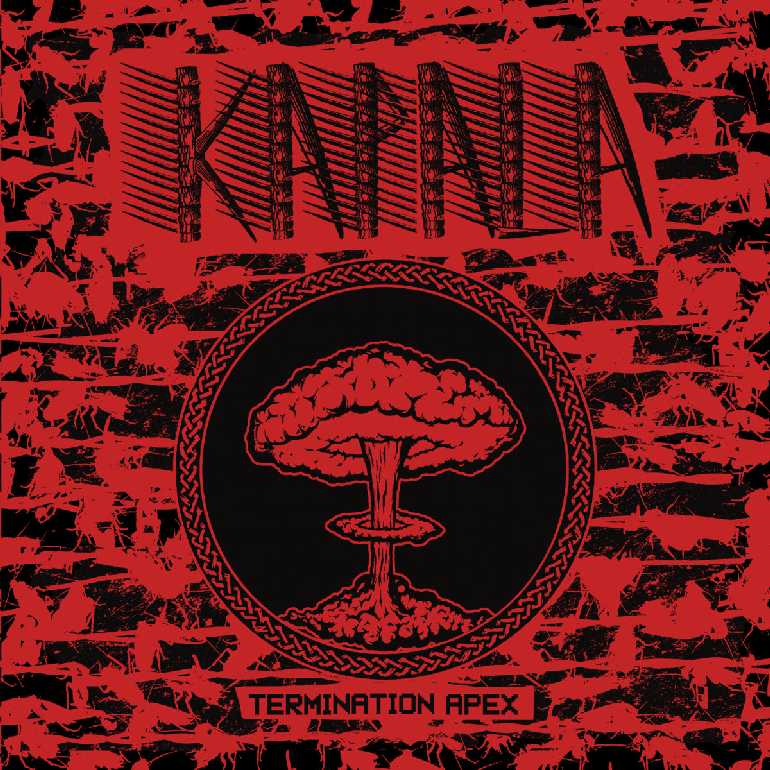 Judging by a conversation I’ve had with a friend from the internet, the center of the most brutal metal is moving towards countries most people like to refer to as ‘third world countries’, where there is a lot of people and a very bad economic (if not over all ‘living’) situation. The aforementioned friend described India as being one of those countries. Since I honestly believe suffering gives birth to more and more extreme music, judging by some of the records coming from India, I actually have to agree.

Kapala, a Black / Death metal trio from Kolkata first drew attention to themselves in 2017 with the digital single “Homosapiennihilation” which had been followed by their EP “Infest Cesspool” just a couple of months later. Now, almost two years later, they are preparing to unleash another aural attack on humanity, or even more specific, human filth.

“Termination Apex” can’t really be classified as an album, it’s more likely 25 minutes of lethal warfare. There is no melody, no clean singing, no breather, just a straightforward  hatred towards humanity. To emphasize the hatred, there are also hints of grind, noise and harsh / power electronics, there’s machine-gun-like drumming and almost unhuman vocals, which resemble a vortex from hell tearing up human remains which are left after this attack begins.

If you like a distinctive structure of the songs, melody, guitar solos etc., then this is not an album for you. This is what happens when not even raw Black / Death or even War Metal are not cruel and brutal enough anymore. (Black Mary)