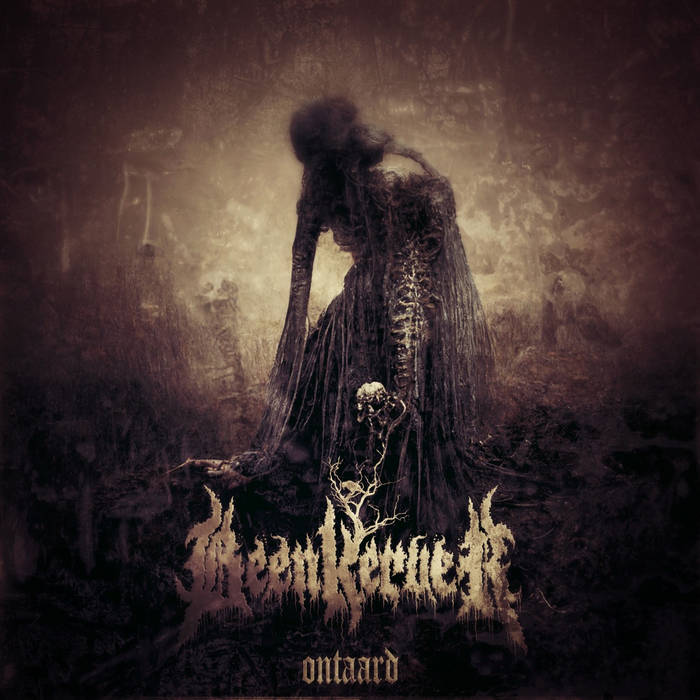 From the ever-fertile Dutch underground comes this new act, Beenkerver. And although the band name may not instantly ring a bell, the name of the man behind this project certainly does. At least, anyone who follows the Dutch underground Black Metal scene a little will have come across the name of Niels Riethorst before, if not, then at least his music. In the past Niels has been involved with various bands and projects such as Plaagdrager, Stormbreker, :Nodfyr: and Heidevolk. Now he dedicated himself completely and single-handedly into this new Beenkerver and promptly comes up with a full-length album, ‘Ontaard’.

In exactly 35 minutes Niels delivers a portion of well-played Black Metal that sounds both modern and familiar. It is less epic than some of his other projects such as Stormbreker or :Nodfyr:, but musically it is not that far removed from his work in Plaagdrager. However, where Plaagdrager seems to have a more Heavy Metal that merges well into a Pagan-like feel, with Beenkerver Niels switches to more straightforward Black Metal. Especially the pace is a lot faster here, although it is by no means a one-dimensional experience. The many tempo changes and the smoothly played melodies are backed up by the great production and melts together in a beautiful dynamic whole. As always, Niels verse his words in Dutch, which is always a bonus for those who are able to understand Dutch, because here too he shows that he is a true poet – though a pretty dark one, this time. On the very strong closing track ‘Tot Op Het Bot’ (which translates to ‘To The Bone’), voice actress Péronne Hosang is sampled from the 1954-radio play ‘Nodeloos Avontuur’, in which the character interpreted by Péronne recounts her pain and sorrow due to the unfair and unbalanced marriage – “so far we are then, driven apart“, to the bone. A stunning finale.

For now, this album is still only available digitally through Niels’ own digital channels, but the physical products will be provided by Germany’s Vendetta Records. I’m not quite sure about the time frame and release schedule, but for the time being we’ll have to manage with the digital version – at least the wait will be rewarded. Devotees for Dutch Black Metal know where to go.