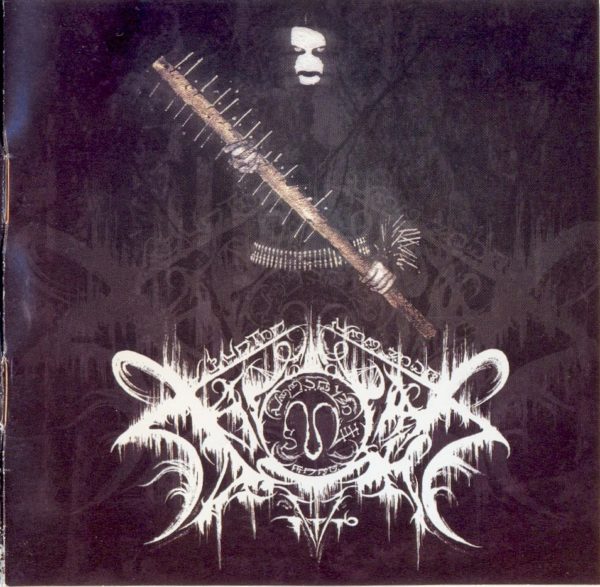 Since a few weeks I discovered this band. Xasthur is, again, a confirmation of the quality of the US Black Metal scene. I think Xasthur is, together with Nachtmystium, Weltmacht and Judas Iscariot, one of the most interesting bands in the nowadays US extreme Black Metal scene. Xasthur is a one-man project, like lots of extreme black metal bands, Malefic is responsible for all instruments and vocals. This split CD with Acid Enema is Xasthur’s most recent release. The part of Xasthur contains 5 songs + an intro. Characteristic for the music of Xasthur are the long repeating/raw guitar riffs, which creates a depressive atmosphere that sometimes flow into a totally desperate feeling. In general the songs are mid-tempo played with a few faster parts. At some moments Malefic slows down the songs to spread; with the help of keyboard/samples, melancholically intermezzos upon us. Vocals are limited present in most songs, biggest parts of all songs are instrumental. Only the Xasthur part of the split-CD makes this release already worth buying.

The second part is for Acid Enema. I never heard of this project before, yet I was positive surprised by the songs of Acid Enema on this Split-CD. Also the Acid Enema part contains 5 songs + an intro. As like Xasthur also Acid Enema creates depressive, raw black metal; yet in a less inaccessible way and with an industrialized touch. Although I like Xasthus better, Acid Enema doesn’t disappoint at all. Songs like “Holocaust Reborn” and “My Dying Breath” are great ones. There is only one failure on the album and that’s Acid Enema’s version of Mayhem’s “Deathcrush”. I have to admit that this is a original cover, yet Hardcore Dance beats mixed with the Guitars riffs and lyrics of “Deathcrush” is in my opinion a kind of sacrilege. Despite of this cover Acid Enema impressed me with their songs on this split.

Both, Xasthur and Acid Enema, are very interesting raw underground black metal bands, Especially the Xasthur is from a highly gifted level. Yet only trained ears will unlock the inaccessible doors and discover the lost heart and raped soul; yes that’s a compliment, and hear the intention of this true black metal masterpiece.  (GeertVM)