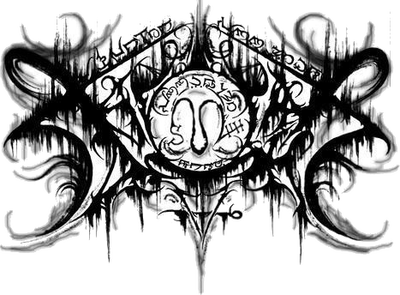 Xasthur doesn’t need introduction, if it does and your into ug black metal, I guess it’s about time you get a listen. This and last year already saw a couple of releases, while retaining the ever present Xasthur sound and quality. I think time is right to ask the sole member and enigma Malefic some questions about releasing his creations and reasons for living. His interesting answers will broadly cover the most urging question you have (about releasing) and will prove that Xasthur’s stands very strong in today’s black metal  scene. (JeffreyVDK)

You seem to be a very creative being, this and last year already seen alot of releases. I don’t mind at all, but some people see this is as a kind of selling out, what’s the reason for releasing that fast and through different labels?
I believe in working hard, with a passion at what is most important in life to me, I probably have almost 200 songs and a lot of them aren’t and won’t be released, but if a label is interested in releasing something AND I’m able to give something good, great or descent, then I will, I do what I am able to do if I am (for example), interested in the other band on a split, have good communication with the label and find they’re just as dedicated as I am or reputable, then I’ll give it a chance. The notion of “selling out” is fucking ridiculous, what jealous black metal burnouts fail to realize is that I’ve made MANY trades (which I only lose money on) and other than that, I’ve made next to nothing. I release a lot of material because I am able to and find it fulfilling. Myself, and others regard Judas Iscariot highly, but Judas Iscariot was just as productive/”prolific” (if not more) and was on a few labels or so, but I wonder if JI was questioned and/or accused of bullshit like this as often as I am? Anyone have an answer?

What is the one and only most important thing you strive for in your life?
That would be perfection, in accordance to the things I give a shit about.

Can you explain the change in course musically with your latest effort “To Violate the Oblivious”? It seems more “mature”, clearer, melancholically depressed, but suicidal as ever.
Correct, I would also say “mature” is a fitting way to describe “To violate the oblivious”, I felt that it was time to make some adjustments, I didn’t want to continue making something that was a mere project or sounded like something I was recording in my kitchen (so to speak), I mainly did this to prove a point to myself, a person can progress or evolve without being “progressive” and still have the same emotions and ideas in mind that can be channeled through the same 50-55 min of a disk, however, the Neanderthal “elite” of the black metal “scene” don’t understand something like that, with that in mind, maybe the joke’s on them?

Are you familiar with the usa bm band KROHM? It seems you’re tapping the same vein conceptually.
Of course I am familiar with, and I am a huge fan of Krohm, I really envy his music and abilities, for it speaks to certain moods, somber emotions, past seasons, dreams and memories when I listen to it. I’m currently waiting for new album in the mail (A World through Dead Eyes red.), and find “slayer of lost martyrs” to be one of the best demos ever created.

What’s with all the inspiration you get from living in California? It’s not ice and forests over there…
The northern part of California is a very clean looking place, farther north than the bay area mainly, redwoods, lower population, etc., but Southern California is a slum, filled with mongliods and other urban trash, creating black metal music is my means of not adapting to my environment and becoming even more of an opposition to this way of “life”. I think California has given me a negative outlook on life because I can see it for what it really is by seeing through it.

Will a “Nocturnal Poisoning” vinyl version see the light of day?
No, I don’t think so, it’ll see the dark of never. There was an attempt at making a vinyl of this and everything went wrong, I don’t even care anymore weather an LP comes of this or not.

Besides Xasthur, what are the things in life that are occupying you?
Xasthur takes up a lot of my time, but other than that, I’m basically trying to change my living situation and have a mediocre part time job lined up soon, not to mention, a couple other black metal projects that I’m pitching some help with. I’ve been dead for a while, so there’s probably a couple things I need to take care of.

Do you have any interest in the current pre-ellection circus going on in the USA?
Not much really, and what’s the use, as much as Americans hate Bush, I wouldn’t doubt it if he was elected a second term in office, if a useless piece of shit like Clinton could get another term in office, then?? Anyway, the USA can choose its poison.

Will you consider to play live?
No, I don’t think this will ever happen, not only due to lack of interest, but its more trouble than it’s worth, its not the kind of band/music that should be live. I wouldn’t want to play or even attend a live show in front of a bunch of drug addicts and burnouts.

Your insight oppinion on religion, faith and hope.
All of the above are a naďve crutch, with religion being a way to manipulate and put fear into weak minds and empty souls that haven’t any faith in themselves, they can’t take a look at the real world, instead of being brave and realistic by exiting the real world (in one way or the other), they turn to religion and lie to themselves (and others). Some people should have faith and hope in themselves, others should not.

What can we expect from Xasthur in the near future and what course is Xasthur heading for?
The only thing I’m focusing on is a split LP with Leviathan before the end of the year, and as far as 2005 is concerned, I think it’ll be a slower year than this one, but the quality of misancholoic black metal will be there, there will be some “old meets new” elements of Xasthur, along with some disappointments and unpredictability, motion sickness, distortions of equilibrium, shitty production at times, good production at others.

Thanks for your time and answers. Your last words?
I have learned that interviews are worthy of hatred, but thanks for the interest and interview, thought I’d take the chance to share a few thoughts.