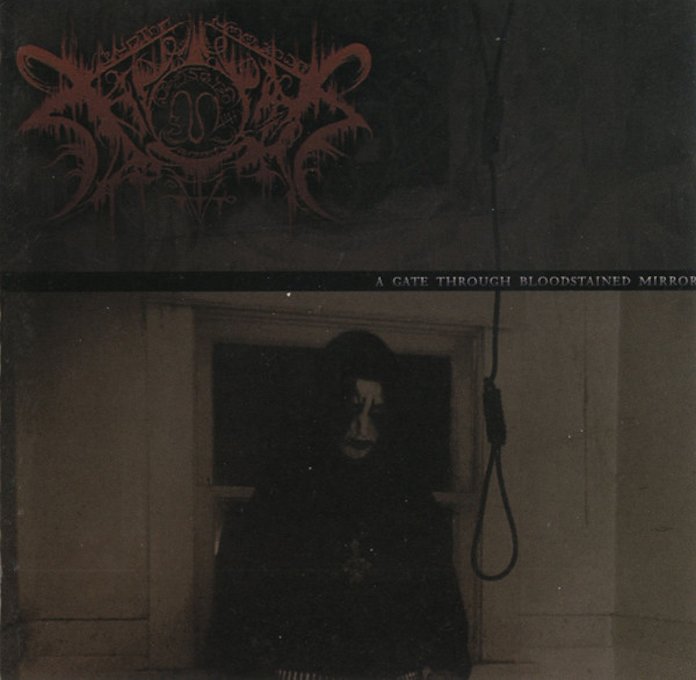 A new Xasthur album? No, not really. “A gate through Bloodstained Mirrors” is the debut album of this American one man project which was released somewhere in 2001 in a very limited cdr pressing of only 150 copies. Now 3 years later the album is re-released by Swedish Total Holocaust Records and comes with new artwork and a whole improved sound-mix. So I think it’s definitely worth reviewing this re-release.

Xasthur creates some of the purest and most desolating, depressive black metal ever made and this release is essential in the history of the band. Although this was the first full-length of Xasthur, Malefic already succeed creating a unique style in the black metal scene, and that’s something not many bands can say nowadays. Most songs are quite lengthy with long and repeating riffs; which don’t bore for even one second because of the minimal changes, variation and additions in the music. A song like “Suicide in Dark Serenity”; which is also the title of a Xasthur vinyl release, released in 2003, is one of the best instrumental black metal songs ever made; I simple can’t get enough of this.

Xasthur can be compared with the mid-tempo stuff Burzum released mixed with the best elements of a bands like Leviathan (USA) and the cult band Weakling, yet Xasthur is more depressing than above mentioned bands. “A Gate through Bloodstained Mirrors” is absolutely one of the best Xasthur releases till today. In a few weeks the new album “Telepathic with the Deceased” will be released, and I can’t wait hearing that one. When I listen to a band like Xasthur I remember why I am into black metal music! This release is essential! (GeertVM)