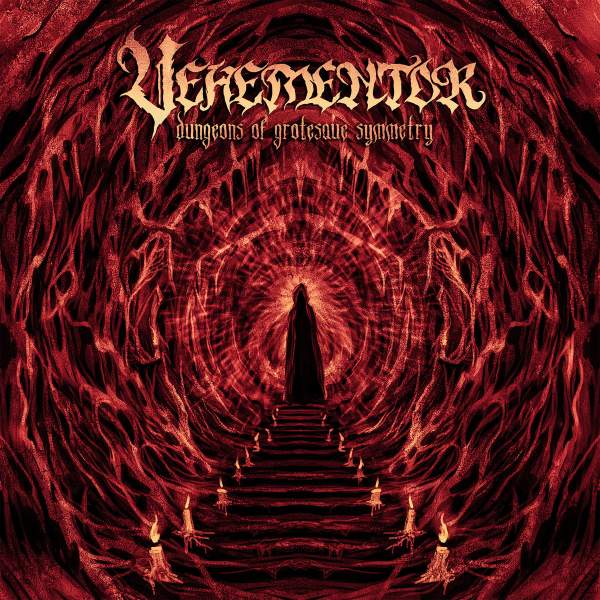 To introduce them, would it make sense if I told you that Vehementor’s logo is a perfect reflection of the band? I mean, it should be, and this probably sounds like synesthetic rabble but it really striked me – look at it: they’re fresh, heavy, full of energy, sonically aesthetic and smooth. Attractive on the first listen. This North Macedonian Death Thrash (though they call themselves Root metal) band’s first release is a real treat, and a promising one, too. Not to forget its progressive, polyrhytmic aspects!

It’s one of those pieces that you can simply feel it wasn’t made to become a commercial product, but an expression of emotion and interest. So, I should mention that the band was formed back in 2013 and the record finished as early as 2015, but they never rushed its release.

Beginning with a, to my first impression, Kreator-meets-Tribulation track named “Reaper” and a nice groovy riff, from the very start you can see that this is going to be fun. Parallel to being of good quality and having a clear production – all instruments sound great both individually and combined, plus there are some really well-put solos – this record strikes you with honest, youthful energy. Very melodic, too.

However, that is not all that “Dungeons of Grotesque Symmetry” has to offer. Some tracks, “Notorious” for example, are simply beautiful (as beautiful as the genre gets!) or, like “Cursed Sensation”, authentically heavy. All in all, the way this album is put together, with various material putting various aspects of the band’s talent to focus but still managing to have a unique sound, it reminds me of perhaps the best-known example of a well-put together record: Dark Tranquillity’s “Fiction”. Still, all tracks would function as singles. Impressive, especially for a first one.

You probably know the unwritten rule that a band’s first album is there to capture your attention, the second one is to experiment and the third one is for a band to establish themselves and prove their worthiness. Well, they did the first step successfully and, after listening, you’ll surely catch yourself awaiting further development of Vehementor’s work.

It is a bit short, though, measuring just a bit under half an hour with its 9 songs. Of course – quality over quantity, but they proved their songwriting talents so it might be fun to expect something longer in the future. (Lana)