Crypts of Wallachia – Drifting in the Devil’s Maze [Demo] 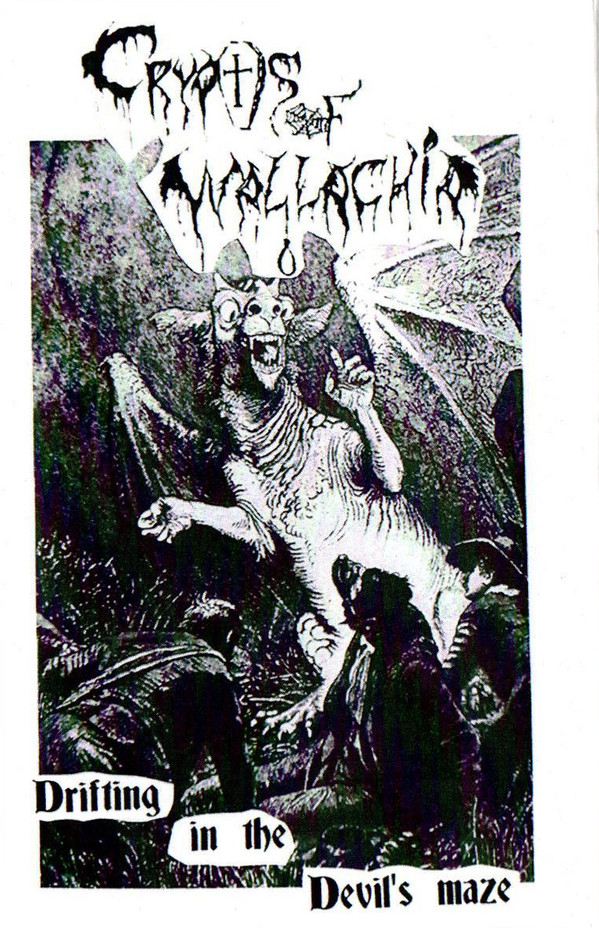 Crypts of Wallachia are yet another Belgian underground Black Metal band or project presenting their first 4-track demo named “Drifting in the Devil’s Maze”. As with most releases from Medieval Prophecies, Crypts of Wallachia are also completely shrouded in mystery, making it hard to say whether this is a full fledged band or another side project from musicians in the Belgian underground scene.

Four songs are presented on this demo, all of them mostly fast paced, with brilliant abrasive riffs and very noticeable hard drum blasts. Vocals are more direct than is usual the case in this type of Black Metal, being something of a savage, tormented roar, filled with anger. All this down to earth no-nonsense musical violence manages to create an uncanny dark, rather medieval pagan atmosphere. Keyboards or synths are added sporadically and kept low in the mix, just enough to add that creepy atmosphere. There are even some spoken passages used.

This is a demo that violently grabs you by the throat. Its heretical and warlike raw, fast energy engulfs everything like a nightfall and unless you’re not into this type of demonic rural music you can’t help but being swept away by it. It’s a real shame there are only four tracks on this demo. It may sound as a simple, spartan demo recording, but I have the feeling there’s more behind this recording that meets the eye…or the ear in this case.

Conclusion: an excellent piece of Belgian underground Black Metal with occult touches. Be sure to grab your copy. (LV)