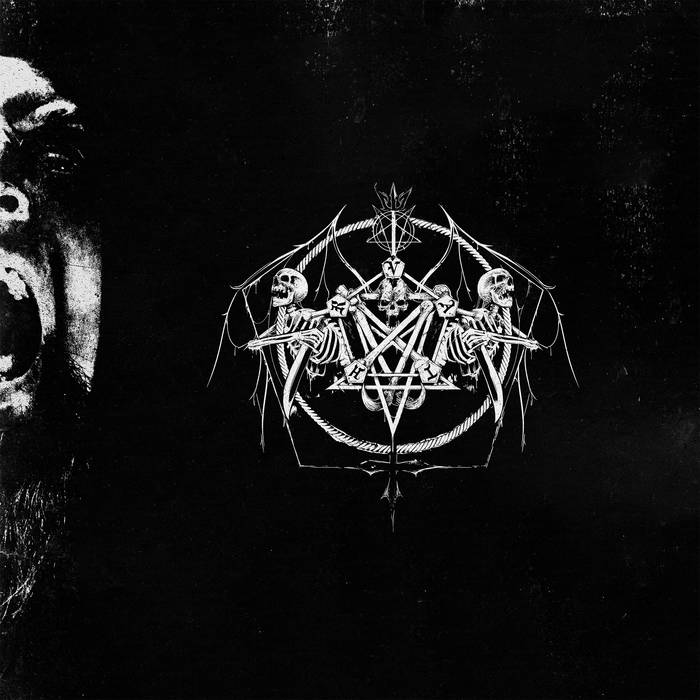 I’ve been lucky enough to review some amazing Norwegian Black Metal over the last few days, and all of those bands were new to me. Well here is another to add to that ever growing list! Bergen’s Jørn Inge Tunsberg of Hades Almighty fame started his own one man project in 2022, which he named Vathr. Having released a single to get the ball rolling, he then released this EP entitled ‘Dead & United’ which featured said single, ‘Crimson Cold Curse’, and which has been released on both cassette and LP by Norwegian label Edged Circle Productions. It isn’t hard to see why a label has given him those platforms either; as the aptly named opening track ‘March of the Dead’ has a processional, regimented feel to its gripping, powerful melody! rather than go for a brutal drumming style, Jørn has opted for a more measured approach; focusing more on giant monolithic slabs of sound to compliment his impressive wandering guitar rhythms and full blooded riffs. If anything, the true brutality comes from his vocals which are mighty and monstrous growled wails.

For ‘Messiah (Heaven Nor Hell)’ Jørn adopts a varied approach with the drums taking on a more furious yet grandiose sound, and the guitar leads taking up a steely, dominant edge. Yet the true beauty of this track is the back and forth nature of the tempo combined with an intense, grinding, almost feral atmosphere that is given off.

It isn’t difficult to see why ‘Crimson Cold Curse’ was used as the single release in order to build anticipation for this EP. It has all of the great qualities already laid above, and yet still manages to add another level of bombastic elegance to proceedings, whilst the vocals taken on a cleaner and strained aspect which works superbly. ‘Dead & United’ is a fabulous debut offering from a man with incredible Black Metal pedigree. This is for fans of Primordial I’d say, but with a larger, more extravagant sound.