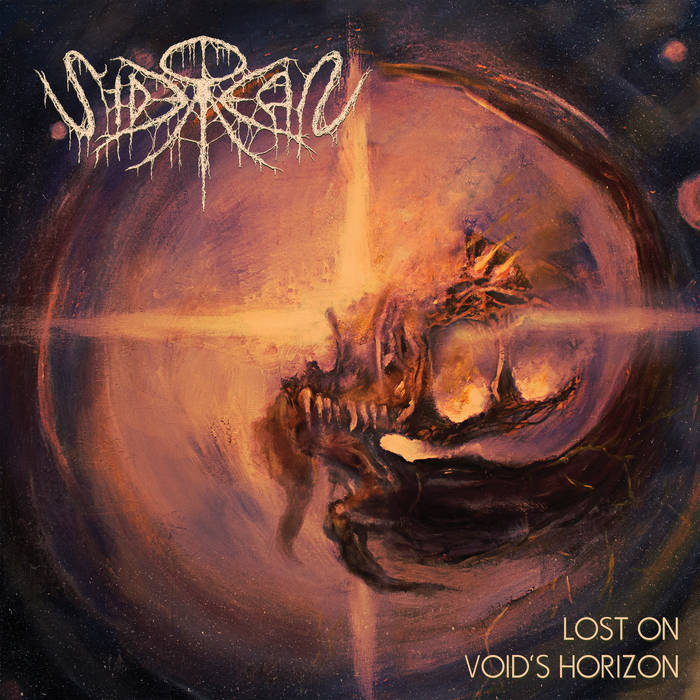 “Lost On Void’s Horizon” is the debut full-length by Siderean. This 5-piece from Slovenia’s Ljubljana has been around for a while though. They started out as Teleport in 2010 and recorded several demos. I suspect their 2018 demo “The Expansion” drew the attention of Norway’s Edged Circle Production who subsequently reissued said demo on CD-format.
Due to a line-up change and a possible lawsuit the band was forced to change their name into Siderean in 2020. Under this guise they released a cassette tape entitled “Sidereal Evolution” featuring two songs through Edged Circle.

Late June 2021 “Lost On Void’s Horizon” saw the light of day and this can be considered as one of the Death Metal highlights of this year. I am sure this will be the first time a lot of people will hear music by this band. Therefore it could be a gem to many of you.

Siderean plays a brand of Death Metal that can be considered as both atmospheric and technical. They however do not tend to overdo the technical aspect. The composition is the central focal point, which is great. You can compare their style to contemporary acts such as Horrendous, Execration or Morbus Chron. And when it comes to inspiration I’d say bands such as Atheist, Gorguts, Voivod or even StarGazer can be mentioned.

Dropping these names should give a good idea what Siderean is all about. With 6 songs in around 40 minutes this album is a great way to be introduced to the Death Metal realm. In conclusion “Lost On Void’s Horizon” comes highly recommended! (Pim Blankenstein)