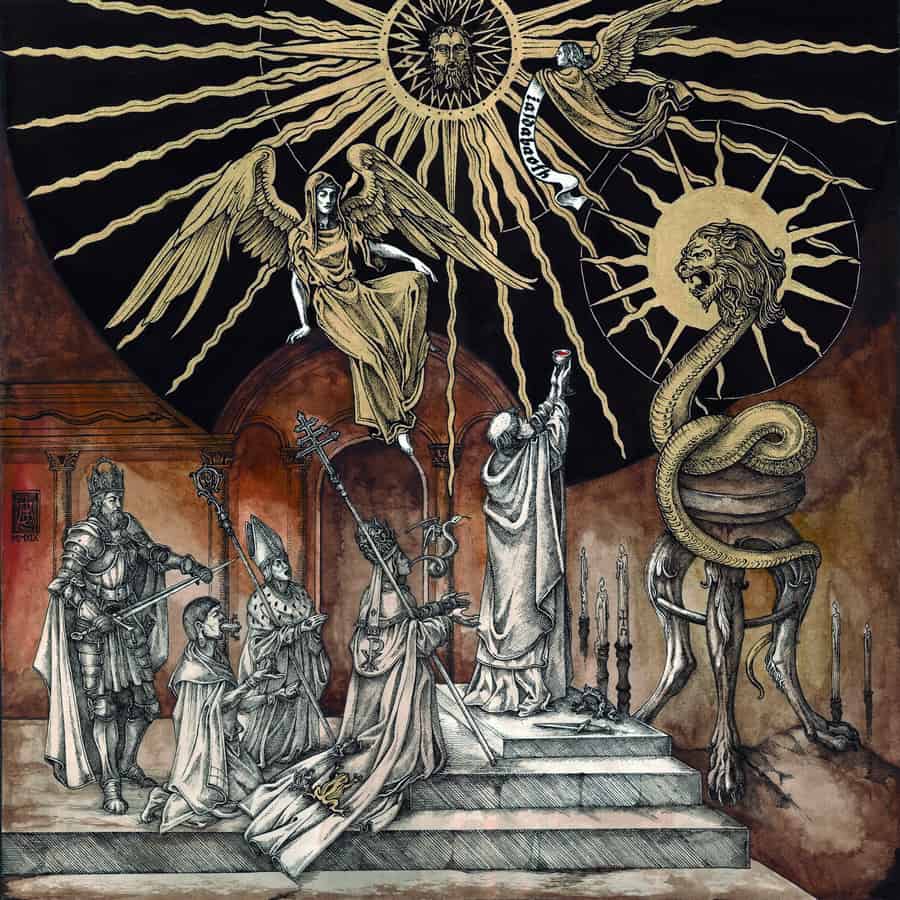 There exists a saying , for when you light a candle, you also cast a shadow…I believe that this statement holds some truth to it’s words, for where dreams are concerned,every dream that is birthed from the purest thought, it heralds the arrival of nightmares to feast upon that which is constructed of light.

Arcada’s ‘Projection’ is a jewel that is fashioned from the shadows that drink upon the ethereal presence within one’s mind. For it is the very attrament that spreads from the cimmerian womb outwards assimilating the silver threads that teethers one conscious to joy.

To you the reader, it may seem my words towards this album is filled with discontent and negativity, but it’s quite the opposite, whereas it is because of Arcada’s unsettling atmosphere that makes this album feel honest, for its demeanor shys away not from embracing it’s impious nature.

‘Setheus’, an 11 minute epic is a testament to the prowess contained upon the album, for it is track imbued with orphic sensation. The strings and the vocals exude a mystic energy that gives forth the expression of a dichotomy between light and shadow, especially where the ebb and flow of the bass tone is concerned that accentuates the malevolent aura.

One factor which I grew to appreciate throughout my listening experience is the craftsmanship of taking sound and fashioning it to follow the resonance usually found when one ventures to the left hand path…in my opinion it is this discordance of notes manifested by the guitars and drums that offers this animation to the aura fostered. The vocals are the breath of life that takes refuge within this vessel, as the very vapor that is released from these lungs can bring forth plague and blithe to one’s conscience.

Sonically, Arcada has crafted a weapon that denounces all that is pious and divine, for it is the force that pollutes the peace and sanity amongst others, the curse that is casted onto one’s enemies so that their tongues may be torn apart and their sanctity be deconsecrated. It is these potent qualities that makes ‘Projection’ a ritualistic listening experience. (Justin Joseph)