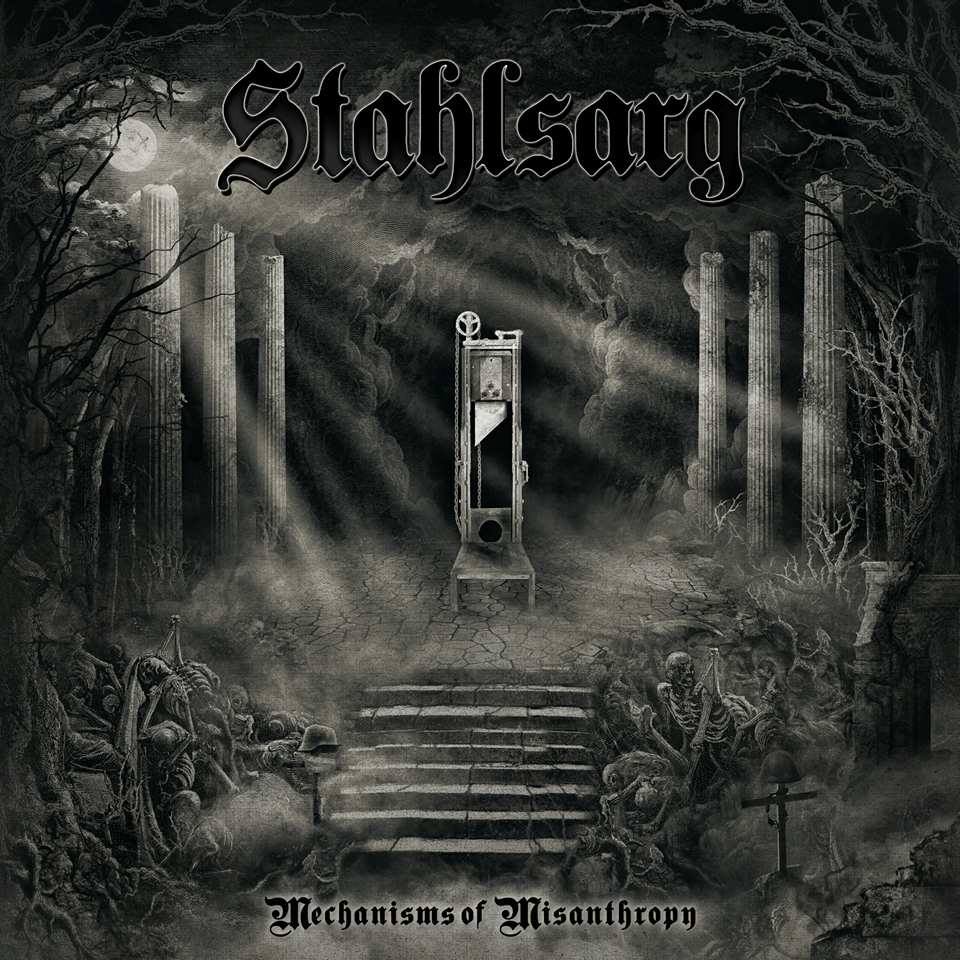 I haven’t had the pleasure to hear a song or two of Stahlsarg’s debut album called “Comrades in Death”, which was released by Mighty Music in 2015. But here I have their second album “Mechanisms of Misanthropy” in my hands. Stahlsarg from the United Kingdom (the county of Suffolk to be more precise, same area a certain Dani Filth is from as well) have chosen Black/Death Metal as their weapon and Eissturm, Eissenfaust, Krieg and Destructions as their pseudonyms during their war-themed campaign. For example Stahlsarg’s song “Das Fallbeil” is about an anti-Nazi resistance movement called Weiße Rose (White Rose), which was founded by students and a professor of the University of Munich in 1942. Sophie and Hans Scholl, brother and sister, were part of the group and got arrested by the Gestapo. Both got executed by das Fallbeil…the guillotine. Stahlsarg made an epic hymn of almost 10 minutes about this historical fact. Music wise they shift from straightforward Black Metal to slow melancholic and mid-tempo melodic passages, something like a bastard child of Endstille and December Moon (to keep it in the UK), although you have to know “Source of the Origin” by heart to hear some resemblances. A bit more like it has Enstille’s personality and look, but December Moon’s ears, how is that for a bastard child. It is definitely not a stunning album, therefore it misses highlights although “Das Fallbeil” is their best song in my opinion. But is not a bad album either, especially not as you can enjoy it with their own craftbeer, “Stahlsarg”, in association with The Dove Brewery. Couldn’t find it on Untappd, but there is probably a batch somewhere…(Ricardo)