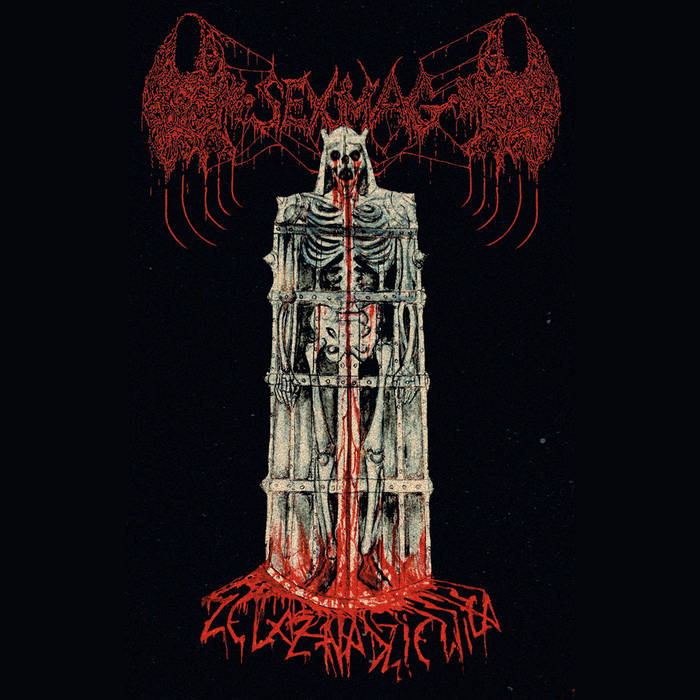 After their “tasteful” debut EP ‘Sex Metal’ from 2021, these Poles returned last summer with this new demo tape, which, like the EP, was also released by Dying Victims Productions. Although another rehearsal tape was recorded before ‘Sex Metal’, it was only distributed in 20 copies so the EP is considered bands’ first feat. We got to know these four pervs with their musical equivalent of a smelly urinal filled with old beer. Unadulterated Sleazy Blackened Speed Proto Thrash Metal.

On this demo, the gentlemen certainly don’t show any other side. Although the title translates to ‘Iron Maiden’ from Polish, we are not served with anything that quite resembles ‘Rhyme Of The Ancient Mariner’ or ‘Alexander The Great’. The punk-like sound of Iron Maiden’s self-titled debut album is perhaps the closest, but Sexmag is a lot speedier. Still borrowing from the old Polish metal heroes like Kat and Dragon and from their German neighbours like Iron Angel and Living Death. Throw in a sophisticated ‘Oeh’ here and there and you’re basically done. They must have thought the same at the Sexmag Office: no progression, balanced dynamics or well-thought-out compositions. At all. Just the good old game, three wild and honest headbangers on cassette tape. (FelixS)