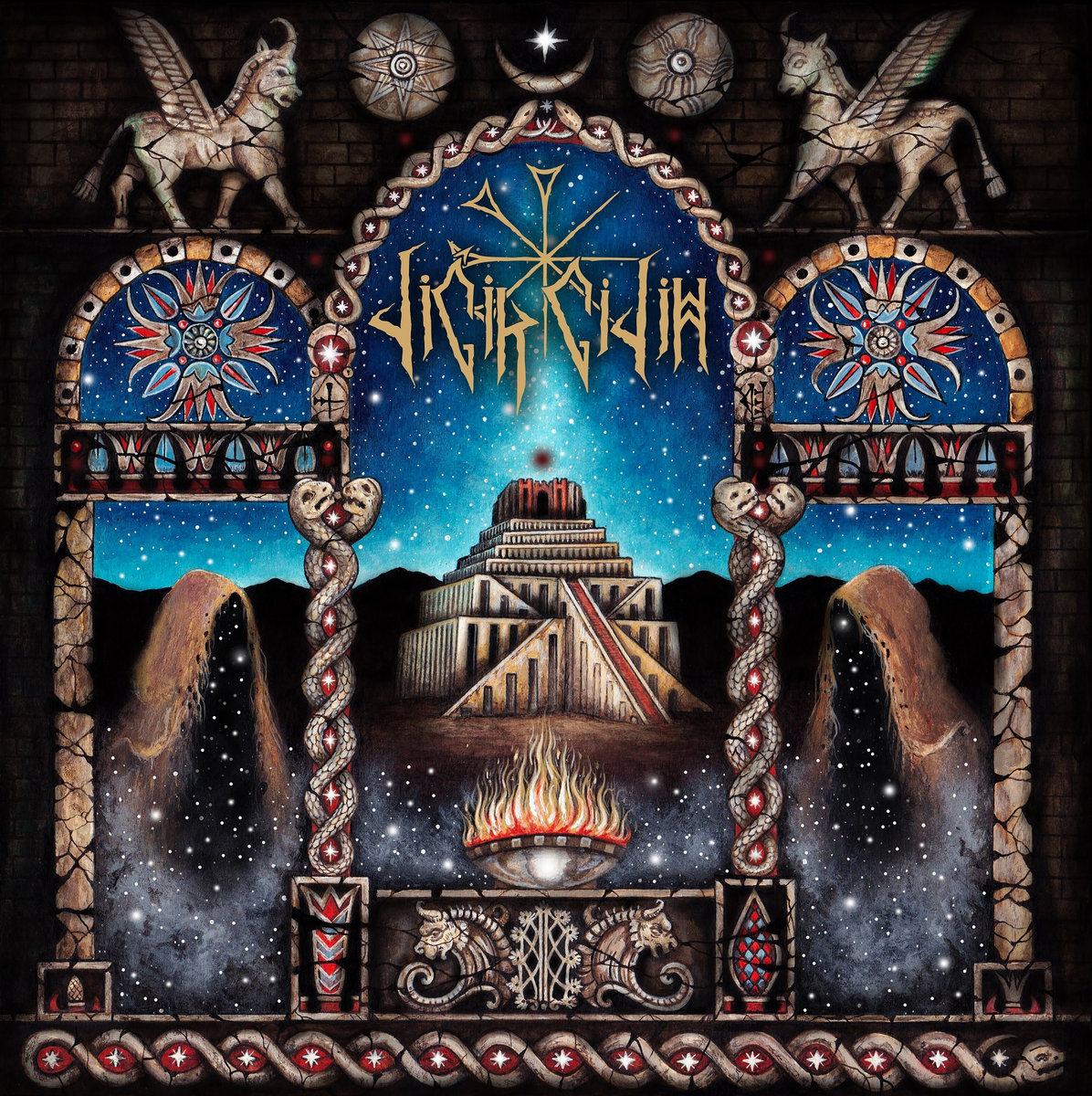 The music we listen to is usually for our own enjoyment. Something to relax, forget about the daily shit we have to deal with and in most cases to bang our heads to. But not everything we hear is enjoyed for its simplicity and fun. Most of us enjoy a certain amount of darkness and yet there are sometimes works that give us exactly that and still leave us emotionally drained out. One of the stellar examples for this is the work of the Italian band Diĝir Gidim.

A mysterious duo, comprised of Lalartu (some of you might recognize him from his solo project Titaan, whose sole recording ‘Kadingir’ from 2016 was actually a good intro to the works of Diĝir Gidim) and Utanapištim Ziusudra (whose other musical endeavours are currently still shrouded in mystery, since not a lot is known about this band) first appeared in 2017 with Diĝir Gidims debut ‘I Thought there was the Sun awaiting my Awakening’. The album appeared literally out of nowhere and left most of its listeners wide eyed and wondering what just hit them. Considering the fact both of the members were named after creatures from Sumerian mythology (Lalartu is a demon which slays mothers at child birth and Utanapištim is a character from the Epic of Gilgamesh who is commissioned to build a giant ship to preserve all life in the great flood that was sent to destroy it) you should at least get the idea this is not going to be easy listening. The duo crafted a meticulous trip built on dissonant Black Metal, yet still incorporating enough of other things to become something almost completely different from it. No boundaries is a good way to describe their take on music.

We waited for another five years to receive a sophomore from this band and listening to it, it makes sure that the listener understands why it took them five years to create it. Bands with stellar debuts usually have to struggle to make their sophomore come even remotely close to the debut. Yet Diĝir Gidim know very well what they have accomplished on their debut and fully understand how to make the sophomore of the same quality, if not even better, incorporating more layers, moods and most importantly, more passion.

As I said, this is definitely not easy listening. An album like this is definitely difficult to describe with mere words and no word salad would do it justice. If we entered a completely different world with the debut, we are now being transported through this world, which might stay beyond our own comprehension. And if you think this review lacks the description of the instrumental and vocal work… try describing a journey into another world with mere human words.