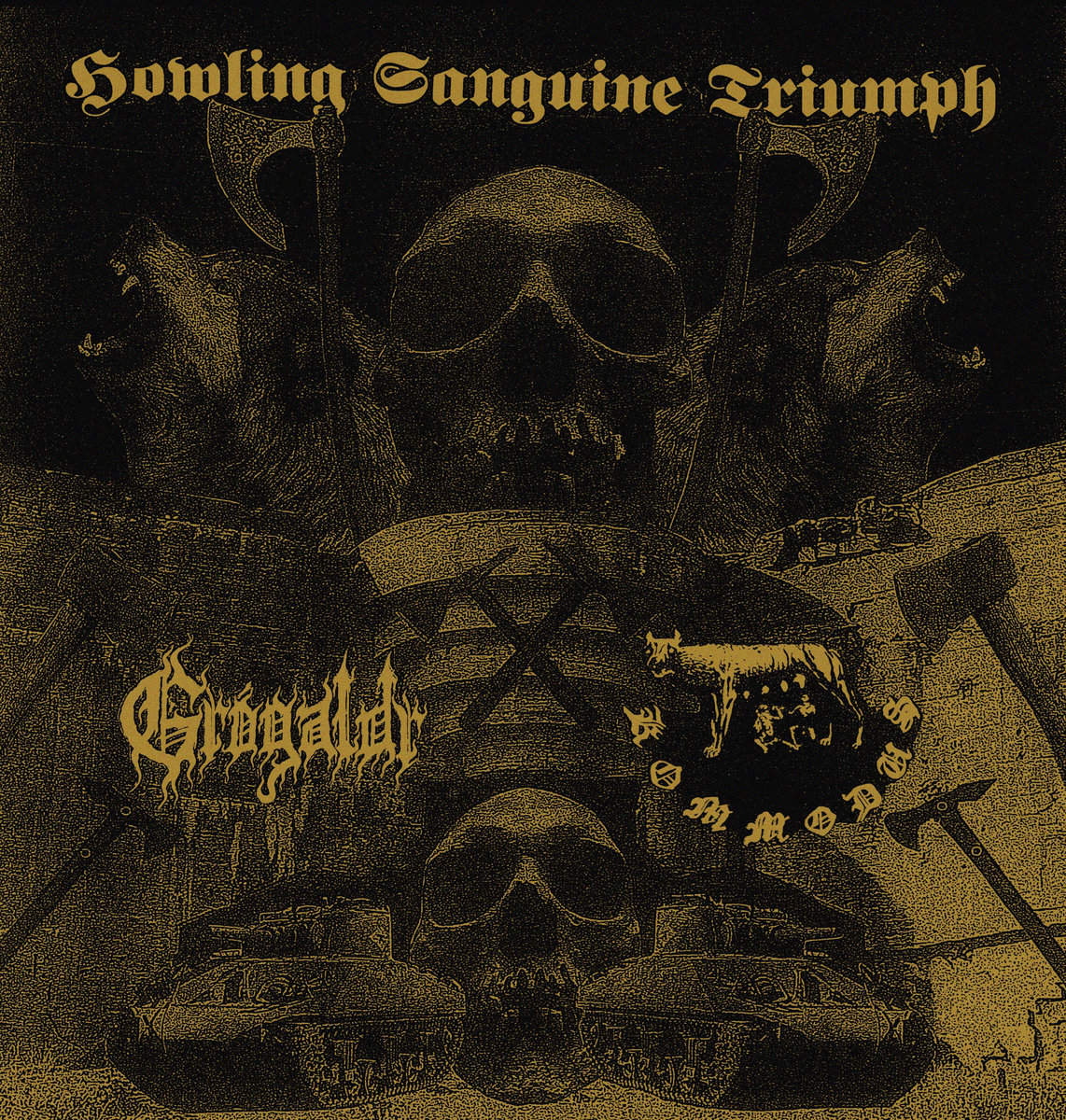 Either we like it or not, Black Metal has been struck, in the last years, with a lightning of popularity it did not have since the 90s… but hate me for stating the obvious. I do not complain, to be honest! I fricking love the rawest side of Black Metal – be it from the 90s or from last week – so it is with pleasure that I see musicians going straight to that facet of the sound. Quite similar to the 90s boom of Black Metal in Norway, we can point out niches that have a higher quality when it comes to the Devil’s Music, and the US and Australia are 2 of those spots. I would point out “my” Portugal, but we are all well aware of that, right? GoatowaRex is the vessel for such Decadent and Degradating communion of souls and minds. Incredible all the hard work that Dani Li puts into everything he does regarding his label and the Music is publishes. Much kudos to him.

Grógaldr hails from the USA, guided by the dark mind of Zugarramurdi – search for this name online, and be awed – a musician able of crafting scary, yet enthralling, opuses. No information found regarding year of formation. I take 2019 as a hardworking year, given the 2 Demos and Split released by this entity. After 2 Demos, Zugarramurdi joins forces with The Infernal Emperor – Lepidus Plague, from Kommodus, and conjure all the demons in Hell, presenting us this piece of Art. 3 tracks by both bands, for a total of 37 minutes and 42 seconds. Kommodus has always been, to me, a quite different entity in a World full of copycats and musicians that play the same melody. Grógaldr, like the aforemetioned musician, presents us with his idea of whtat Raw Black Metal is, his vision of Black Metal. Grógaldr has a fairly different guitar approach: melodic, nonetheless schizo guitar lines guide the listener through abbandoned burial sites, dark and rotten visions of profane nights… the Raw and the Melodic go hand and hand, adding layers of lesser “orthodox” melodies. The vocals are spot on spooky ahahah they fit flawlessly to the atmospheres that we expect from the music.

Kommodus is a one man entity that has taken the Black Metal world by storm… or I simply slept on it and it blew in my face. Raising Hell for 3 years, The Infernal Emperor – Lepidus Plague, mastermind behind the wheel, serves us a slightly different sound to the traditional – and not so traditional – reality that is Black Metal. hailing from down under, the musician is not scared to give us something distinct from everything else. Kommodus’ side is much more dynamic and perplexing to the listener. It forces the listener to go beyond his safe zone, in a way, and envision Black Metal as the Beast it is: an ever evolving sphere of power – if that makes sense. Kommodus does give the listener that task: dare to go further and further. If you are reading this, I assume you are familiar with both acts and are well aware of what they have to offer.

In the end, both are Black Metal, but both are different… is there anything more appealing than pushing boundaries? (DanielP)