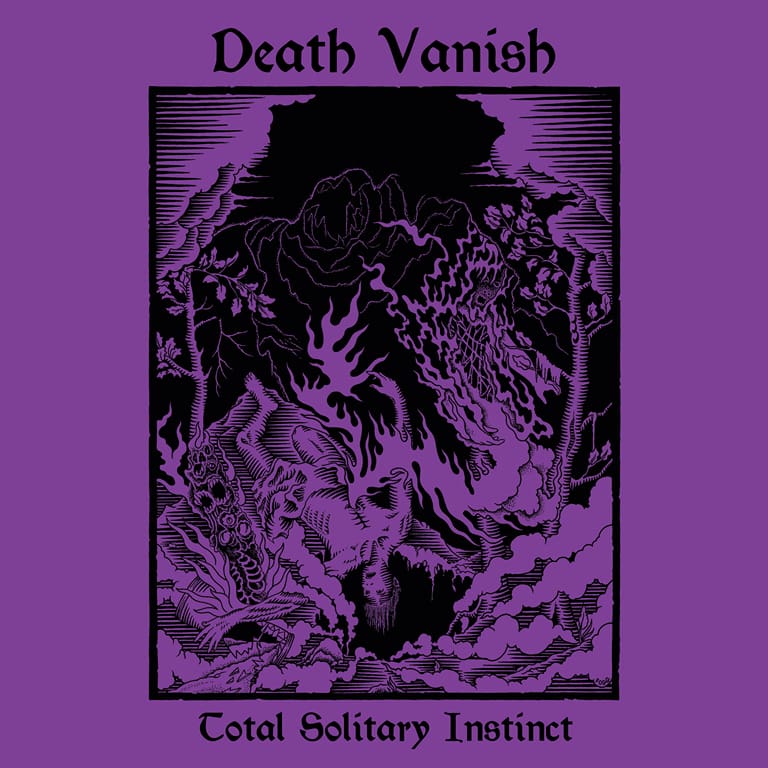 This one-man project exists of the delusional brain of Valder, who resides in the USA. Where his brain resides…a bit out of the orbit shall we say. Maybe you know its alter ego Rusty Savage in the Finnish Heavy Metal group Armour, with whom he played live, or his Black/Speed band Lustrum or the act One Master even.

Although he seems to have a full-line up during live gigs, he is flying solo on the recordings. With a split and a prior EP under the belt, Death Vanish is here again with their latest effort called “Total Solitary Instinct”.

How to describe this? Well, that is a tough one. It is like minimalistic raw Black Metal and Punk had a distorted 1990s Indie Noiserock ménage à trois while the Daleks cyborgs from the “Doctor Who” series are giving side-line commentary.

Freaky and interesting for some, not enjoyable for the masses. Me? I don’t get it…”Exterminate”… (Ricardo)