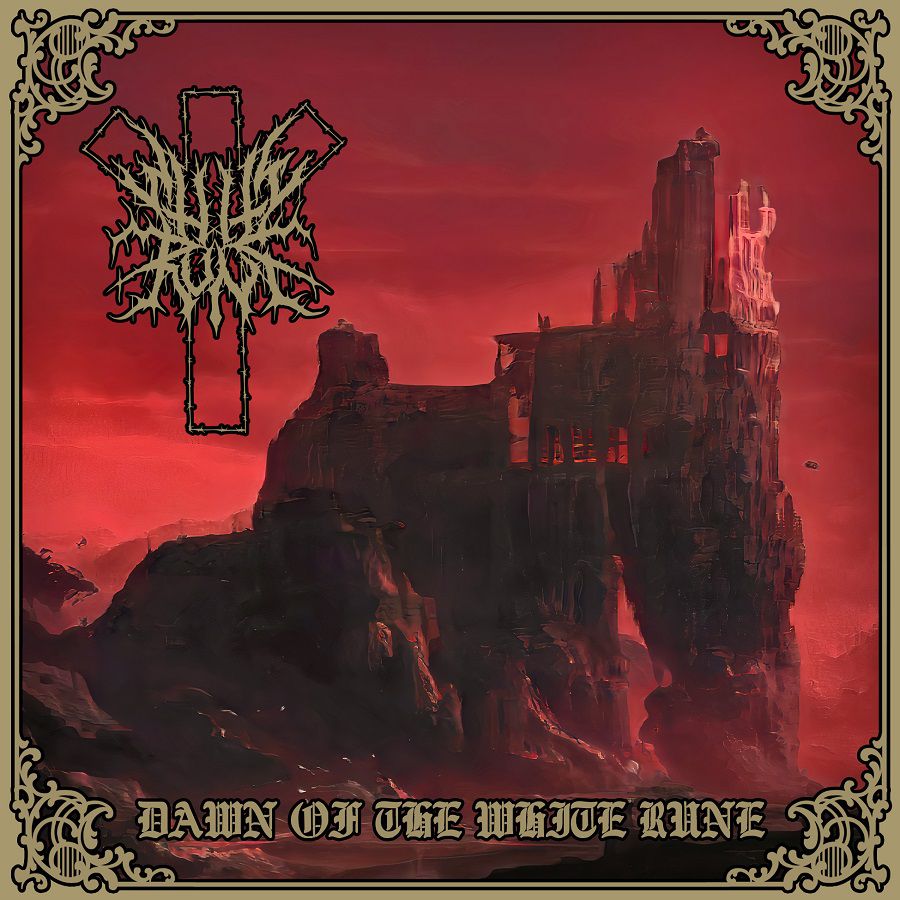 From the ever impressive Finnish Black Metal scene comes this new band, formed in 2021. With two demos under their belt, their first full-length album has now been released via Hammer Of Hate Records. In the line-up, we find Ruttokieli from Barathrum and Sielunvihollinen and next to him only drummer Saldau (also known as Ehre, from the band of the same name) and with that, this duo brings a good dose of experience from different Black Metal corners to the table.

Those different ingredients result in a rather bombastic, symphonic and melodic mix of Epic Black Metal. Take the epics of bands like Emperor or the somewhat more recent Vargrav and contrast that with the more organic approach of early Satyricon and add some elements from bands like Odium and Limbonic Art and don’t forget those Abysmal Grief-like organs. When you throw that together in a mixing bowl, what comes out is something that probably does come close to White Rune’s music. With Black Metal like this, it is very important that the production is bright and clean, so that all the instruments and musical ingredients are done justice. This is certainly the case with White Rune. Maybe even a little too clean, as the tidy sound sometimes detracts a little from the atmosphere. This is not only because of the clean production, but also because of the abundant use of keyboards, which is sometimes just a bit too thick on top, leaving a somewhat artificial impression. The band sounds at its best when the speed goes up and the drums and buzzing guitar sound take the lead. At those moments, these two elements together with the almost non-stop screeching Ruttokieli whirl the songs to greater heights. Just listen to ‘Soulstorm’, for instance, in which the faster parts dominate and you can also hear that the passages with lots of keyboard/organ do break the flow a bit. The melodic leads that we also hear in some of Ruttokieli’s other works are also present here and do form a good change from the more up-tempo Black Metal. That can be experienced well on a song like ‘Death At Sundown’, for instance, in which a super catchy lead takes the leading role and is hard to get out of your head.

I have mentioned many times in my reviews that I am glad there is room for music like this again. While White Rune may not deliver the best album in this style, there is more than enough in here for fans to enjoy. For a follow-up, I just hope White Rune manages better to strike a good balance between the keyboards and its core business, Black Metal. For now, ‘Dawn Of The White Rune’ is only available on CD, but I actually expect this album to be released on the two beloved analogue sound carriers as well. The quality is certainly up to it and also the current musical climate is just ideal for a band like White Rune. Symphonic Black Metal aficionados know where to turn. (FelixS)