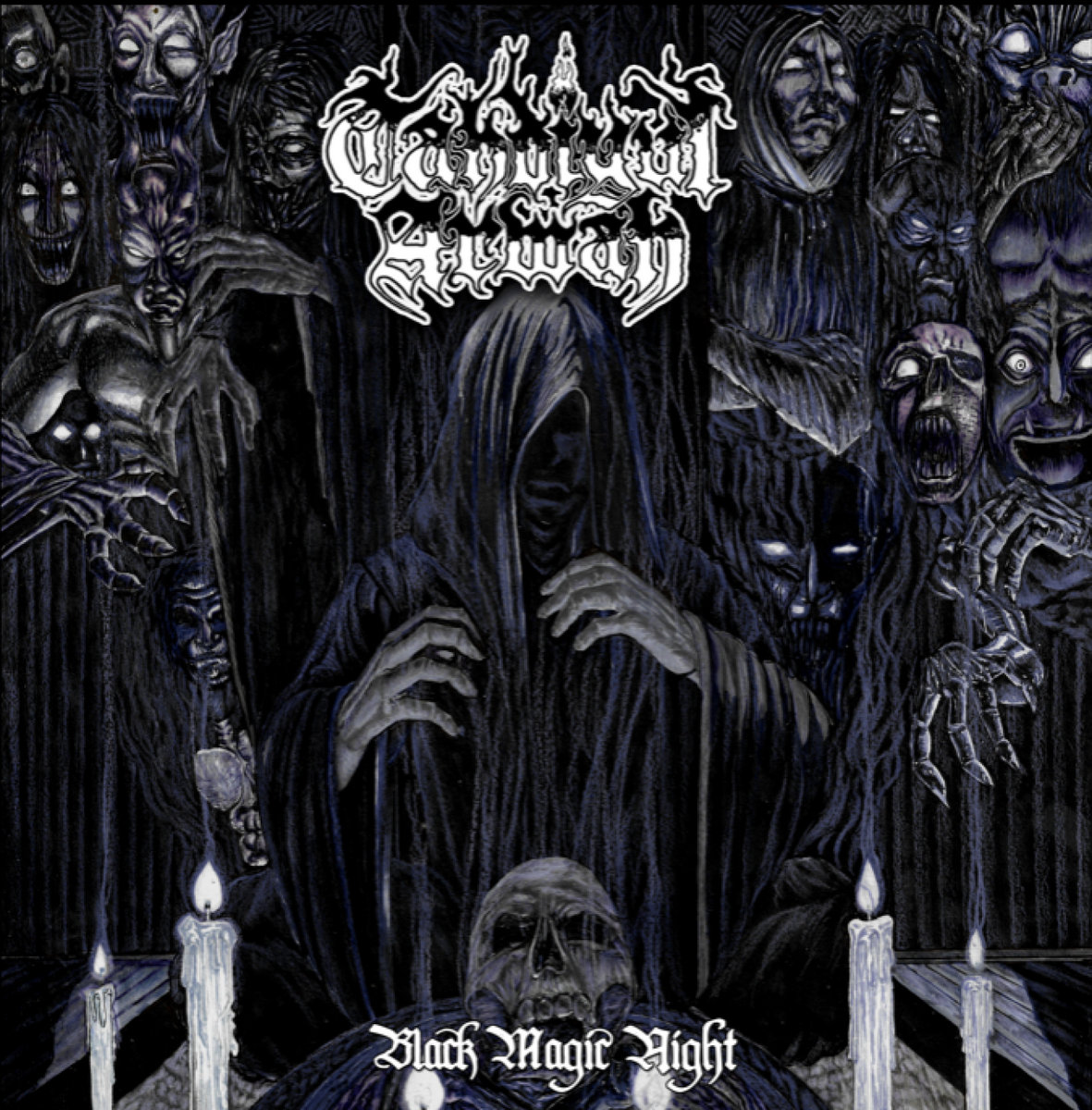 It’s been a long time between appearances for these Malaysians, after releasing a demo all the way back in 2009, Tahdiyul Arwah (meaning ‘The Deceased one’ in Malay) finally return with their EP titled Black Magic Night.

The 7 track EP features re-recordings of the 3 tracks from the aforementioned 2009 demo, plus a new track entitled ‘Black Magic Night!’. Also featured are the 3 original versions as found on the 2009 demo.

The EP begins with the new (re-recorded) material and it’s really quite a good time. Solid production values lead the way for 3 riff heavy, Melodic Black/Death Metal tracks that you cant help but air guitar and nod your head to. The title track ‘Black Magic Night!’ takes it foot off the Dissection worship pedal just a little and we are treated to something a little more original. A thrashy Black Metal gem that shows what the band is capable of when they choose to walk the middle ground between influence and originality.

The final 3 tracks are the original demo tracks and in my opinion stand on their own feet. Without the clear production, the lead riffs become far less prominent, the drums become lo-fi and we are greeted with some distorted, raw and frankly quite enjoyable Black Metal.

This release is a mixed bag, but if you are a fan of either Dissection or Mutiilation, you will likely find something to enjoy here. (Mr. Nielsen)