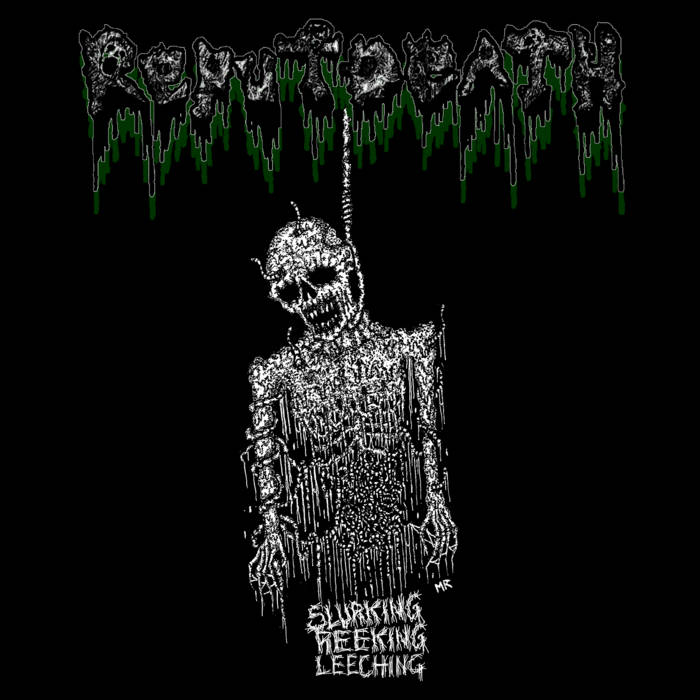 Latest demo from this Malaysian band and is still hot after the release party mini showcase.  Reput means rot by the way. And if a band named itself as rotten death, we should expect nothing less than that. So, does this sounds rotten enough? Damn yeah! The very moment it blasted from the speaker, that heaviness of HM-2 hits you hard! Fat raw crunch! Not just the sound alone, but the overall composition put this demo firmly in the rotten Death Metal squad. Let me describe how & why.

The sound production is top-notch for a demo release. And while the studio work alone deserved an appraisal, I should also appraise the replication of old school Swedish Death Metal sound (the Stockholm era Death Metal – Dismember, Grave, Nirvana 2002, etc) to its finer details. These boys really do their homework well. While the sound is unmistakably Swedish sounding, the compositions on the other hand have a bit of twist & turn to it. At first I was expecting a generic plot of Swedish OSDM, but they beat me to my expectation. It’s more akin to swerve towards Autopsy, older Asphyx of even Funebre. There are inclusions of some short burst aggressive moments in between the thick murky structures. Some pretty wild guitar solos are thrown in as well, so the songs are not fundamentally laid down solely on melodies & rhythm sections. But the solos are not just some random tremolo picking, they are good solos indeed. Apart from the better side, I think there is a minor setback on this demo though. Short playtime of the overall 4 tracks, and that wee bit part of minimalist primitivism song compositions. The minimalist part does heavily reminds me of Abcess though. That could hopefully be fixed on future releases. After all, this is a demo and there are room for improvements since up to this 6th recording, they had managed trying to get things done right. I would also suggest the band to fills up their discography tracks on Bandcamp, because good stuff like this deserves a listen to its entirety.

For those familiar with bands from Sentient Industries, FDA Rekordz, Testimony Recs or Von Frost, this demo could be an instant favourite! And if you find Reputdeath to be a good listen, I highly suggest checking out newer generation of Malaysian rotten Death Metal like Death Invoker, Lavatory or Humiliation. (JvH)