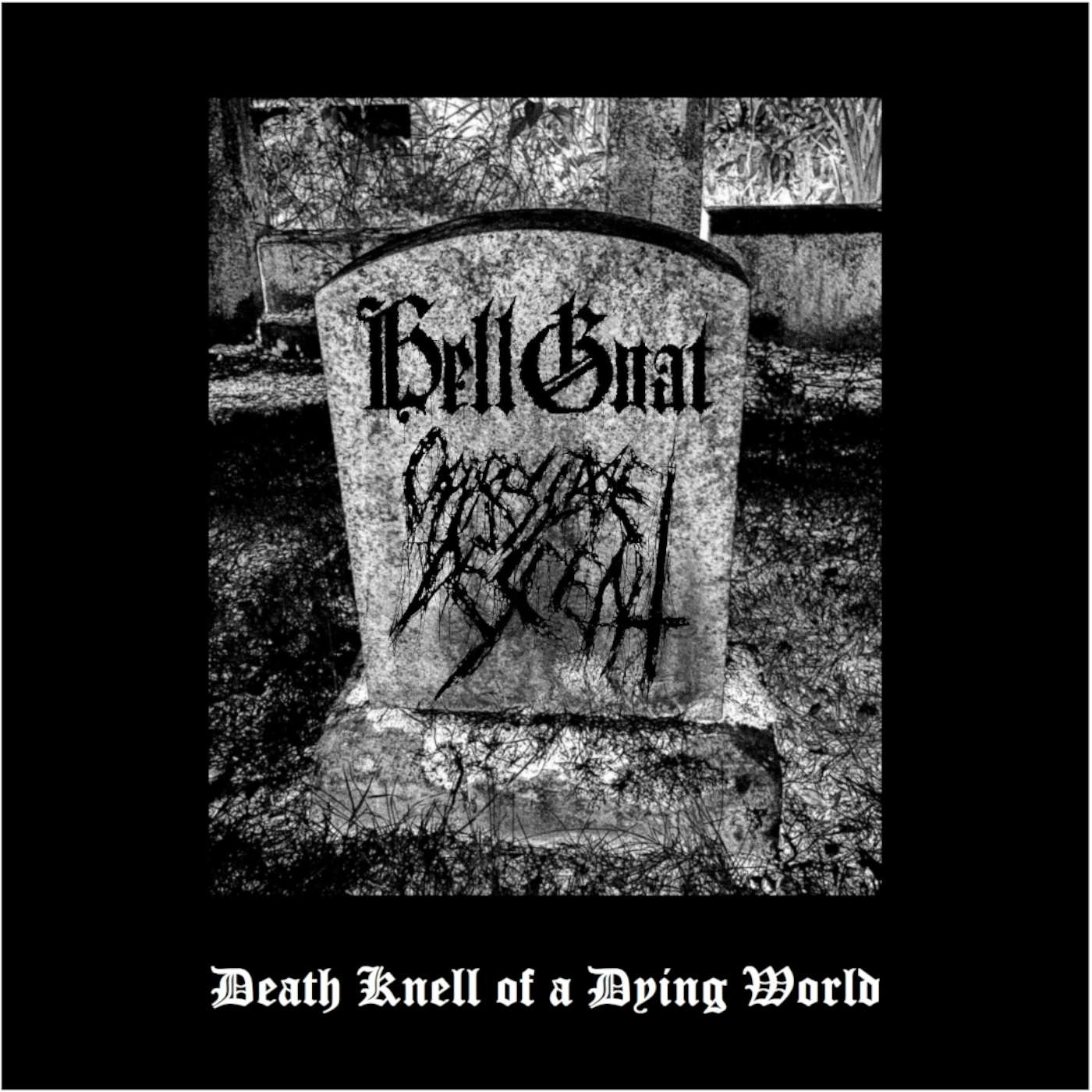 ‘Death Knell Of A Dying World’ is a split LP by two one-man underground Black Metal acts from different parts of the world, Oppressive Descent from Portland, Oregon, USA and Hellgoat from Sweden. It has all the ingredients to be an obscure gem…

Oppressive Descent opens the LP with three tracks of very raw sounding and upbeat Black Metal, the guitar tone is rather gritty but at the same time involve some nice melodies into the music. By no means melody has the overhand, but is nicely intertwined within the raw and sharp riffs, so they melt together in the raw production. The tempo on these three tracks is rather constant (high) and lacks a little dynamics, maybe a bit too standard as well, but on the other hand they add to the music’s atmosphere and give it that raw and aggressive drive. Oppressive Descent might not be all too special, but it was a good ride nevertheless.

The second part of this split LP is for Sweden’s Hellgoat, which unleashes four tracks in pretty much the same vein as Oppressive Descent. The guitar tone is a little sharper and the production sound even a little rawer and more noisy. And although it has the same kind of melodic leads, it just doesn’t work the same way as Oppressive Descent. Also the use of cymbals is really annoying, the crashes are almost painfully too loud. Even the occasional ‘uhhh’ doesn’t really save Hellgoat’s side from being just ordinary.

Both bands fit well together and ‘Death Knell Of A Dying World’ forms a surprisingly coherent cooperation between the two individuals. But although the individual songs are pretty decent, I can not say that they really stick and leave a lasting impression. Not bad per se, but definitely not an obscure underground gem.