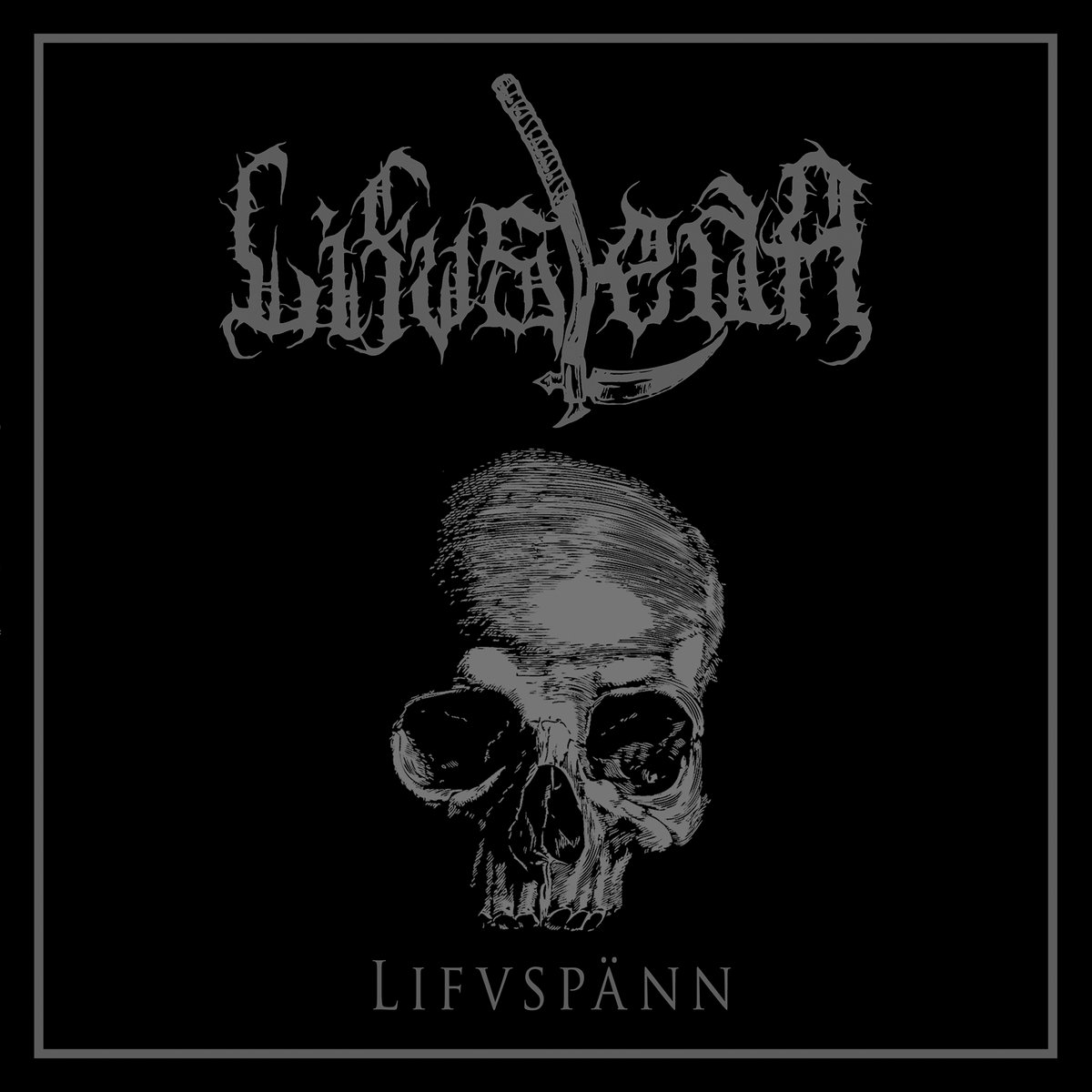 After the release of their debut album ‘Det Besegrade Lifvet’, Lifvsleda didn’t rest on their laurels and started working on the follow-up record. With that came a move to a new label as well, trading Shadow Records for the highly esteemed French label Norma Evangelium Diaboli. As a teaser for the second album, fans were presented with a 7” EP limited to 666 copies entitled ‘Lifvspänn’.

Released in February 2022, the EP presents us with two tracks: the song ‘Lifvspänn’ from the then still upcoming second album ‘Sepulkral Dedikation’ and a Darkthrone cover. As with the debut, the track ‘Lifvspänn’ (which means ‘Life Span’) shows the band’s penchant for 90’s Swedish Black Metal, featuring raging riffs with thundering drums and possessed vocals as well as a strong melancholic undertone. Once again, the band knows exactly when to break the tempo, and a subtle layer of keyboards further adds to the bleak atmosphere. While ‘Det Besegrade Lifvet’ was an impressive debut, the slightly darker and improved production (particularly the drum sounds better) on the preview track immediately promises even greater things are to come on the follow-up ‘Sepulkral Dedikation’. The second track is a cover version of Darkthrone’s classic ‘Transilvanian Hunger’. But the interpretation of Lifvsleda transcends the average cover, as it has been baptized to ‘Transilvansk Hunger’ and comes with Swedish lyrics. Additionally, it features an acoustic rendition of the captivating main riff as a short intro and contains a well-placed seamless break in tempo. With a more dynamic approach to the drums as well as a slightly more audible second guitar sound the band makes this a little bit more of their own while still showing great respect for the original. All in all, with a promising new track to tease the sophomore album and a cover with a few twists ‘Lifvspänn’ offers pretty great value for a 7” EP if you ask me.