Formicarius – Rending the Veil of Flesh 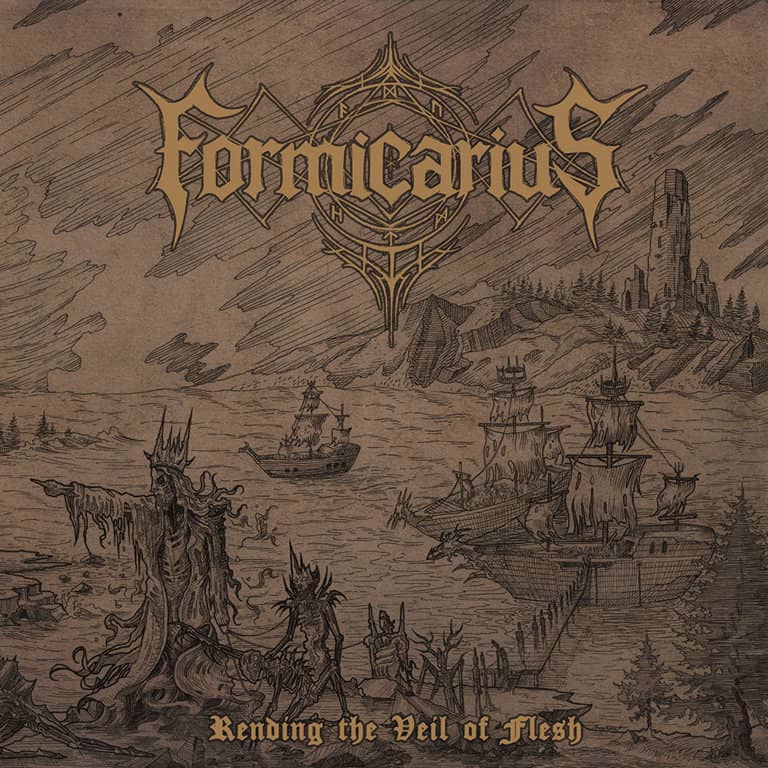 Formicarius, a Black Metal band hailing from London with obvious Cradle of Filth influence but with a more subtle approach and a sound that at times borders on the carnival.

Where Cradle of Filth’s vocals can assault the senses to the point of torture, Formicarius tread more carefully and the vocal work has a lot in common with A Forest of Stars. The synth work is extremely well executed, integrated into the overall sound superbly and adds that touch of the carnival that I mentioned previously, giving the whole album a rather upbeat feeling despite the darkness created through technical riffery and at times a savage bombardment of drums, growled maniacal vocals and pounding riffs.

An album that blends the violent and the graceful, with some fleeting violin melodies thrown in as well as the synth work, ‘Rending the Veil of Flesh’ is the band’s second full length offering and also the second for Schwarzdorn Production. The London quintet have established themselves well since their 2015 inception and now are producing high quality work culminating with this excellent release.

It’s influences are worn on it’s sleeve but this is no copycat killer but a band who take ideas and run with them. Their songs are well written and played with a panache not many can replicate.

Special praise goes to the keyboardist whose synth/piano melodies are a dream to listen too, woven into the fabric of the album and forming a rich tapestry of moods and a hint of devilish mischief here and there too. (Heathen of the Horde)