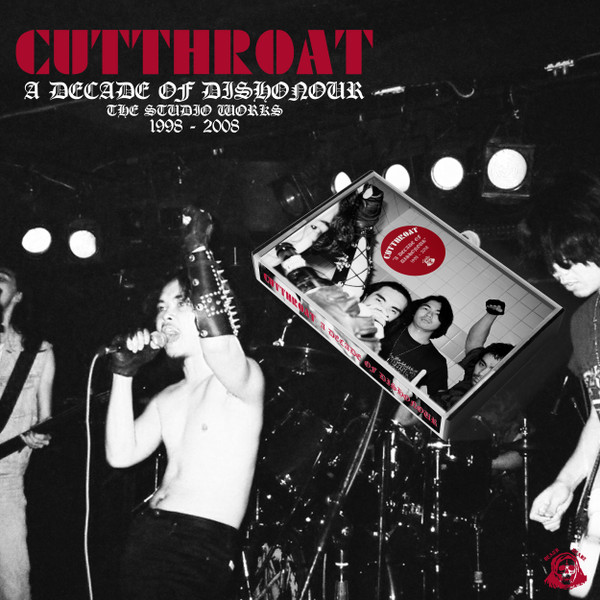 Cutthroat were a Japanese ‘all-star’ band, with members of Abigail, Barbatos and Sigh, featuring genre legends such as Yasuyuki Suzuki (Abigail and Barbatos) and Mirai Kawashima (Sigh, Necrophagia). In the years between 1998 and 2008 they have released quite a nice discography of ugly, bare-knuckle, tits-out, beer-soaked and primarily vulgar Thrash Metal, before finally folding in 2014.

This tape is some sort of an homage to those few years of perverted sex and mayhem. Many of us who consider themselves equally ugly and perverted will have one or two Cutthroat releases in their collection. It is a band that I am not all too regularly get back to, but once I do, I am still having as much fun with them as when I first heard them. Musically it is not all that special, but that wasn’t the reason why these guys got started anyway. This tape just gives you 17 tracks in 20 minutes of great fun, fast Thrashing/Speed Metal with more covers than Cutthroat originals. The large amount of covers only emphasizes that this band were just a bunch of friends cranking out their favourite kind of music with no other aim then just that. So, we get fast and punky versions of songs by Tankard, Hirax, N.M.E., Anvil Bitch, Onslaught, Necrophagia, Warfare, Mace and Exodus.