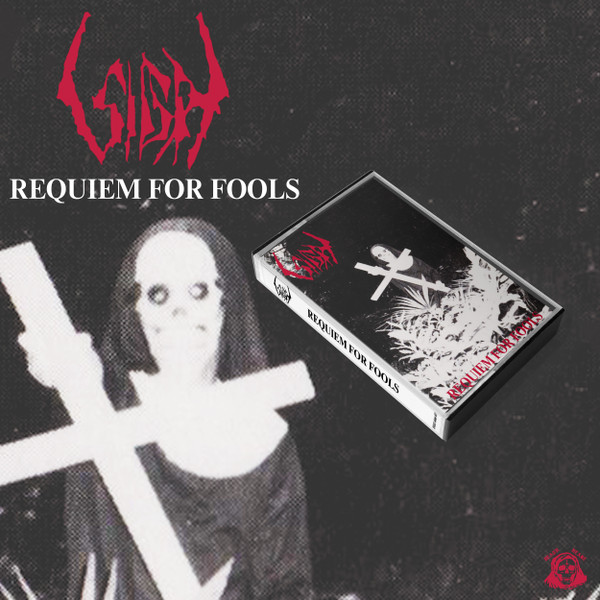 From such a populous country as Japan, there are remarkably few extreme metal bands. Yet a lively metal scene has existed there since the 1980s, at least, it seems. On the one hand, you see packed halls for various (larger) metal bands, but often hear local metal fans complain about the sparse attendance at the smaller shows. But the comparatively few bands of Japanese soil are usually well worth listening. One of the very earliest extreme metal bands is Sigh, whose roots go back to 1989 (then called Ultra Death). With their three demos and 7″ EP, they paved the way for a new generation of bands.

In turn, it was bands like Evil/Sabbat (who started even as early as 1984) that were the great examples for Sigh, however, Sigh always had its very own deeply unique sound. That sound first came into its own on the 1992 ‘Requiem For Fools’ 7″ EP (Wild Rags Records), which by the way was also released on cassette tape. The three tracks on this EP already shows the first signs of a band that would later grow into a cult act and come to great and creative territories.

On ‘Requiem For Fools’, Sigh, then a duo, released a trio of songs that are difficult to describe with a single term. The long and slow closing track, ‘Taste Defeat’ is a Doom Metal infused song, with reverb on the vocals, long lingering sections and Mirai Kawashima’s mesmerizing keyboards. This makes it a special closing track, after the two shorter and fiercer sort of Black Metal oriented tracks where the faster drums, unorthodox guitar parts and somewhat snarling vocals and again those otherworldly synths of Kawashima vie with each other for the front seats. Together this makes for a feverish sort of delirious experience, something that was definitely unique at the time, remembering that this was originally released back in 1992. The use of keyboards in extreme metal was not at all that common in those very early stage of the development of Black Metal, especially not in the way Sigh makes use of the instrument. Where many bands have come to use keyboards as a kind of musical wallpaper to set a kind of mood, Sigh used the instrument so early on to mimic the feel of a horror soundtrack.

Now these tracks have been made available again on a cassette tape by Deathheadz, who thus pay a small homage to this early monument of the Japanese extreme metal scene. Sigh’s influence is felt to this day, and the band is still cited by many musicians as a major influence. One of the earliest European Sigh fans was Mayhem’s Euronymous, he even released the Sigh’s debut album on his Deathlike Silence Records, making the band’s influence felt on the development of European Black Metal as well.