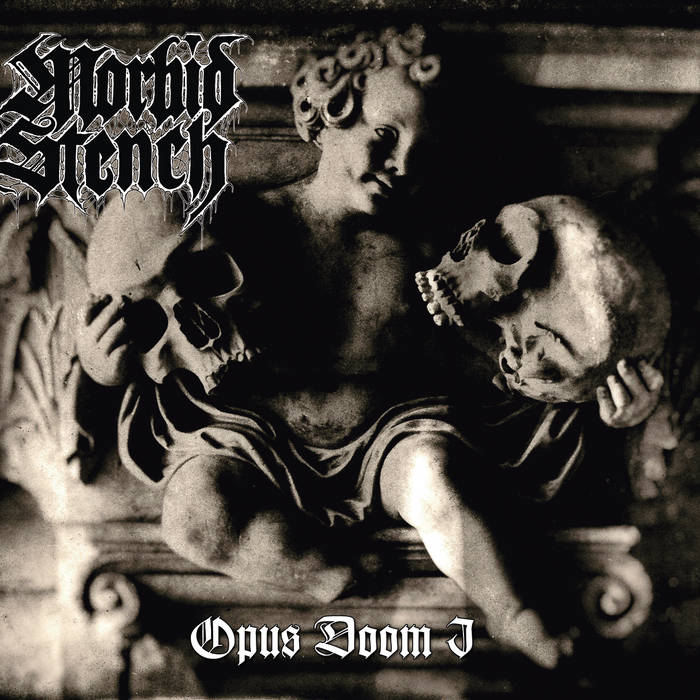 Just behind the release of Morbid Stench’s second full-length album, the band also comes out with this collector which features all the material they recorded before ‘The Rotting Ways Of Doom’, including the full-length debut album.

On this compilation CD, we are presented with all the songs in chronological order. That means first up is ‘The Stench Of Doom’ demo from 2016 and the Morbid Stench contribution to the split 7″ EP with Necrogod from 2017 to then be allowed to go through the full ‘Doom & Putrefaction’ album and to end with the song featured on the split 7″ EP with Anarchos from 2020 released by Blood Harvest. Compared to ‘The Rotting Ways Of Doom’ these songs sound a lot more bleak and more basic in nature. Though these earlier tracks lack that huge and crushing sound of their sophomoric album, the songs do reflect some of the band’s potential, so it is not surprising that the El Salvardorian/Costa Rican combo have come up with such an excellent second album.

If you haven’t checked out the band, I would surely recommend listening to the band’s latest offering and, as a little extra, this compilation CD certainly would be a nice addition to your collection as well.