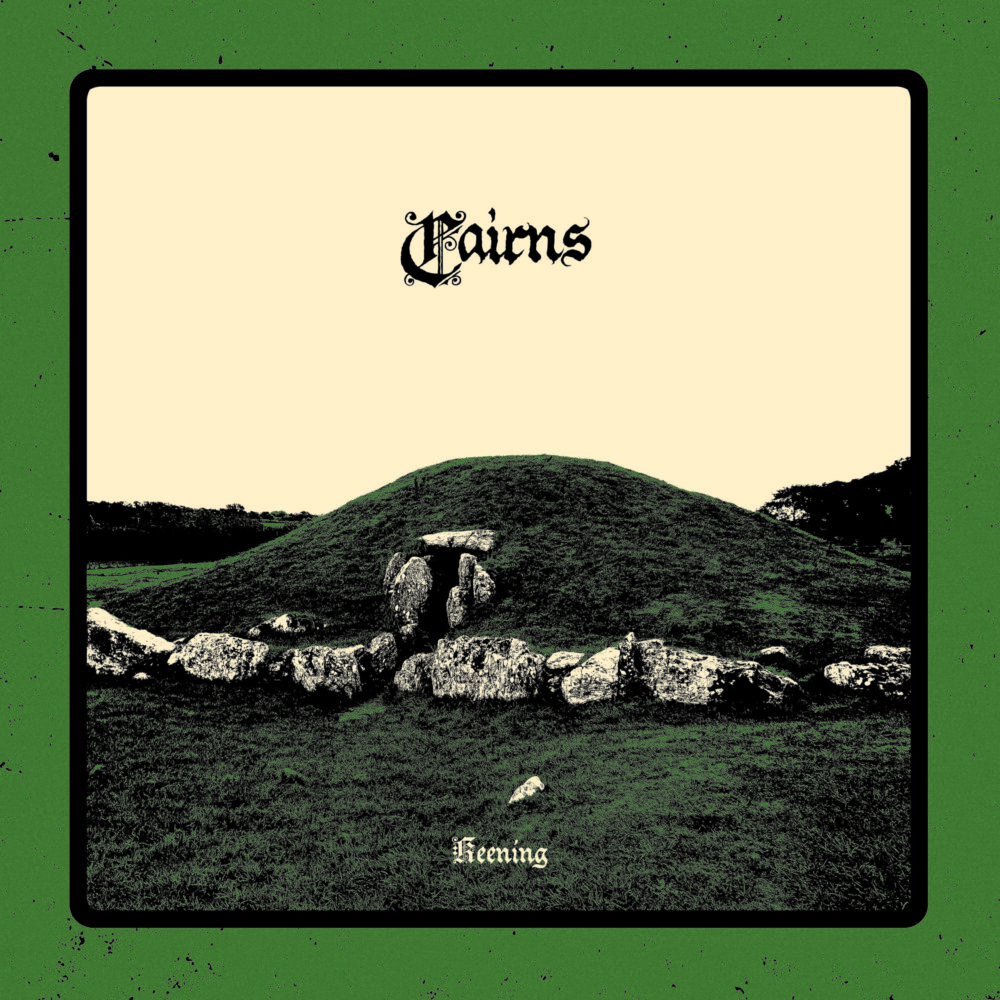 Manchester, UK. The birthplace of a new Atmospheric Black Metal band going by the name of Cairns. Now, whilst Manchester is a sprawling metropolis, and an ugly one at that, the surrounding area of beautiful rolling moorland is the perfect place to get inspired and creative, and so I’d like to think that this debut EP entitled ‘Keening’ was dreamt up whilst spending time in some of the places that I used to frequent in my youth. Released via the ever impressive Clobber Records on CD earlier this year, this four track EP is like an artists palette of ideas and inspirations. Ostensibly an Atmospheric Black Metal release, there are elements Post Black Metal and to my ear, a definite Progressive Rock element, especially when you listen out for the melodies hidden within the releases main sounds.

I love ‘Keening’ not only for its relentlessly grinding mid-paced riffs, the variance in vocal ranges from cleaner and haunting harmonics to more anguished roars. I love the sense of history and ancientness that this EP brings to mind through such tracks as ‘The Wicker Ablaze’ and ‘The Eternal Sea’, as well as the nostalgic ‘When Days Grew Shorter’, a song which demonstrates every single ounce of talent, variance and melodic excellence of Cairns. ‘Keening’ is an EP of Pagan beauty, a heavy release both musically and emotionally but one that never feels aggressive. And that artwork… (Luke Hayhurst)