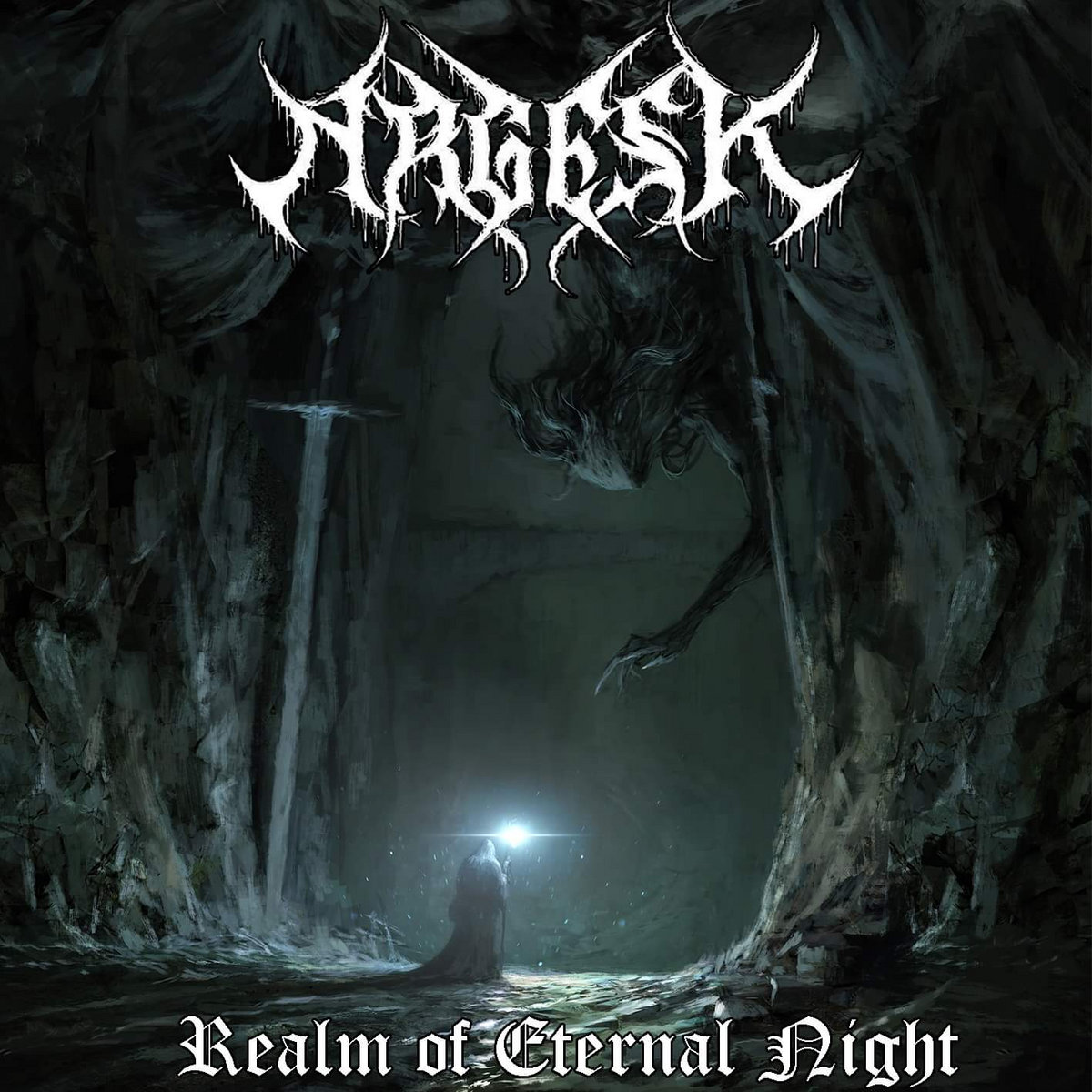 ‘Realm of Eternal Night’… a deeply pleasing album on so many levels; the instrumental ‘Spellbound by Candlelight’, whose morbid, sombre piano tones bring to mind the soundtrack of some partially forgotten Italian horror flick, is a soothing enigma, a gatekeeper whose sole purpose is to hold at bay the darkness hidden within. ‘Lord of the Boundless Void’ and its controlled rhythmic pace eases you into the album, whose message of blasphemy is waved like a flag, proudly nailing its colours to the church door. Title track ‘Realm of Eternal Night’, a conjuring of evil, an increase of hostility both atmospherically and musically, with faster paced blast-beats leading a charge into an uncertain night filled with cold hearted riff-age and snarled vengeful vocals.

To the surprise of nobody, ‘Adversary’ is of a far more vitriolic and adversarial nature than its previous cohorts. Once more the pace is turned up a notch, yet as the violence reaches a crescendo, the background melodies rise to the fore and the cleaner vocal chanting is very reminiscent of early Old Corpse Road. More of a suprise if the almost holy melodies underlying the growling intensity of ‘In Their Image’ which cruises between ethereal melodic interludes and all out savagery with a breath-taking nonchalance. However, the urgency and directness of ‘Liberari Iin Tenebrae’ instills a powerful and refreshing steeliness into the album as it enters into its final stages; strangled vocals, furious riffs and piercing synth combining superbly before the album culminates with ‘Drowned in Freezing Waters’, a medieval tapestry of horror woven through a lyrical flair that has permeated this recording from the beginning.

A little information on the band. Argesk, a melodic Black Metal quartet from the UK whose debut album ‘Realm of Eternal Night’ has sold out through their label Clobber Records but who is still available on CD direct from the band. As I said to begin with, this is a very pleasing album, powerfully performed, sublimely written and with a malleable, changeable nature… plus synth heavy, got to have that! (Luke Hayhurst)