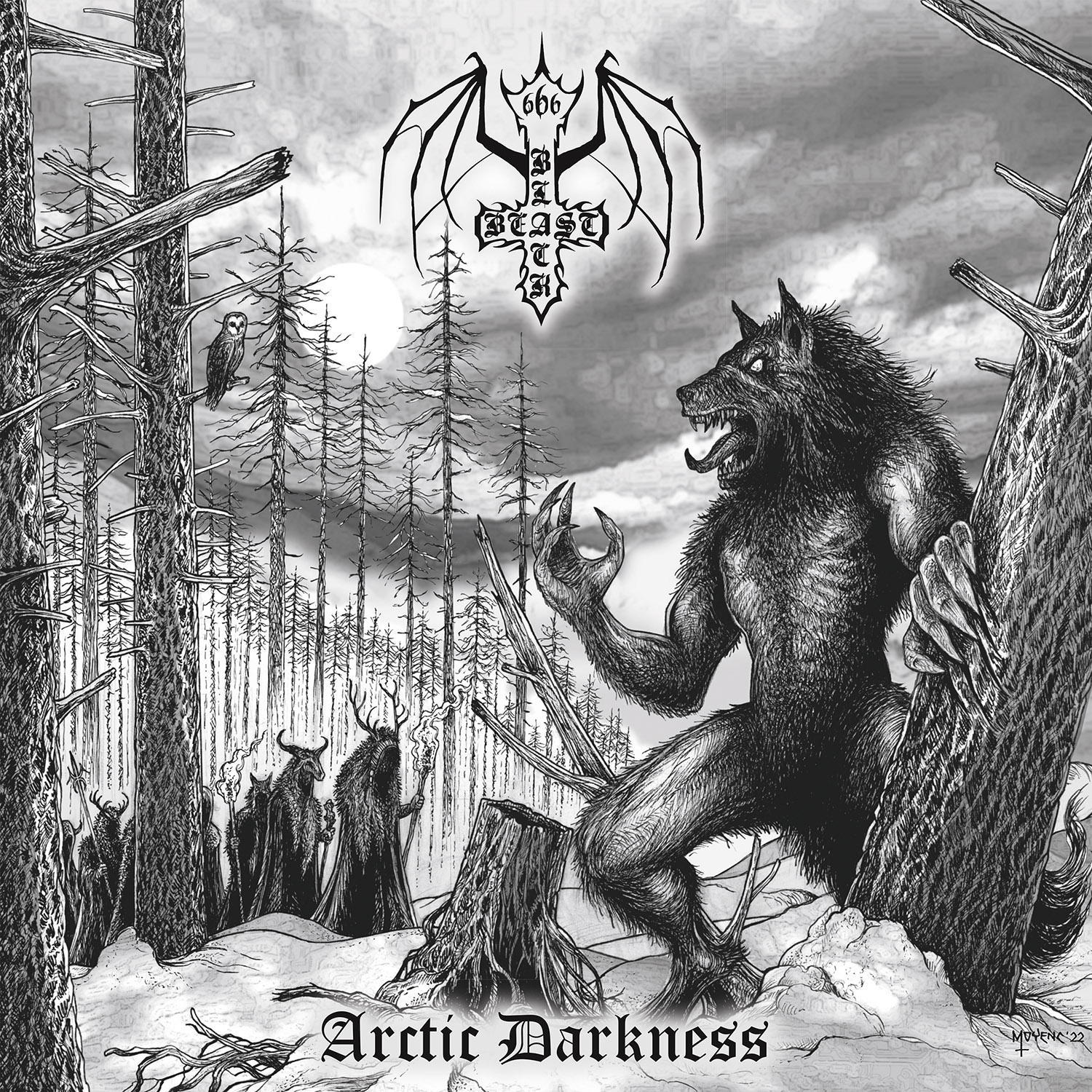 In both sound and image there is something unique about Finnish Black Metal. If you knew nothing whatsoever about Blast Beast but saw their artwork, you’d know to your core that they are Finnish Black Metal. And astounding artwork it is too; it really draws the eye and begs to be studied and combined with the name, ‘Arctic Darkness’, conveys to the beholder what they can expect from this sophomoric album.

Following a darkened melodic intro, biting rasped vocals sound out with an echoing rawness to them, accompanied by furiously driven guitar leads, bombastic ravenous drum beats and an overall feel of energetic ill-intent! Also on offer are some very expansive guitar solos that sound out passionately into the dark night! ‘Black Magic and Witchcraft’ is an especially thunderous ripping little ode with overtly Satanic overtones, whilst ‘Fullmoon’ is just as direct sounding but sports more groove laden rhythms and an almost mechanical tone to some of the guitar leads.

One of the strongest tracks on the album is the bass heavy quick paced Black/Thrash sounding ‘Sadistic Act in Demonic Lust’ which also uses some much needed synth tones to invite to the party some dark ambient energy and atmosphere!

‘Arctic Darkness is a very listenable album and a worthy addition to the pantheon of Finnish Black Metal. It lacks some of the catchiness that Satanic Warmaster produce or the feral hostility of bands such as Horna or Sargeist, but still has a compelling dominance to its ramapaging sound, as well as some interesting harmonies and interludes mixed into the barbaric whole! (Marksson)