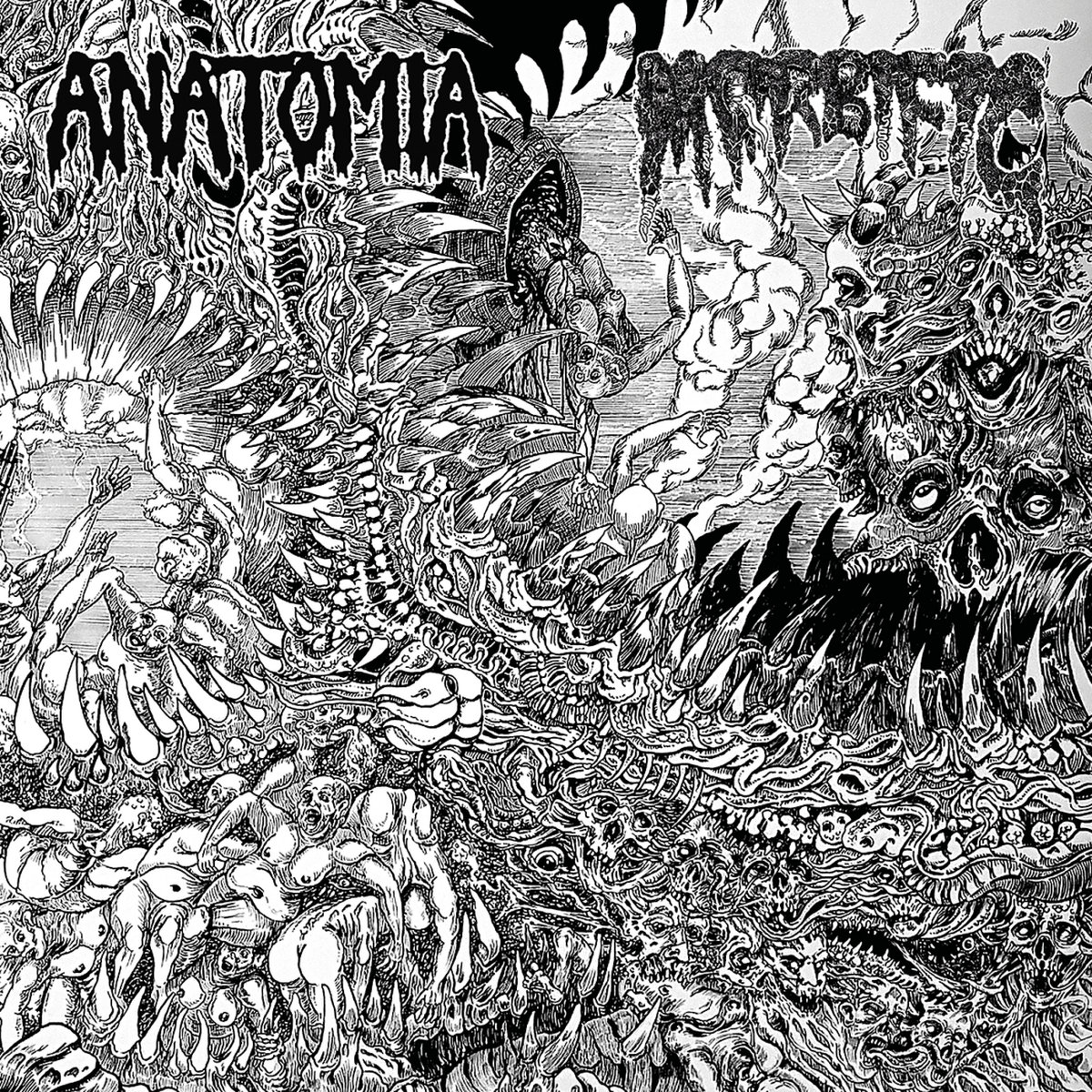 This 7” EP, released by German-based Lycanthropic Chants, is yet another chapter in the ever-expanding discography of Anatomia. This time these prolific Japanese Death Metallers team up with Finland’s Morbific, who saw their debut album from last year, ‘Ominous Seep Of Putridity’, being released by an impressing slew of labels like Headsplit Records and War Anthem Records.

Anatomia opens this split EP with their all too familiar brand of sluggish Death Metal, ultra-low and slow. Anyone who has heard any of their previous material, it seems almost impossible to have avoided them since they picked up a real steady pace of releasing since 2010 or so, will not be surprised by this track. It is basically the same as any other. Together with their excruciatingly slow pace (though each song always have a bit of an well-placed acceleration), the extremely guttural vocals and down-tuned guitars are Anatomia’s trademark sound and while it is overly predictable it is still damn effective. Like I said many times before, a full-length of bands like this do usually end up being quite a gruelling and rather monotonous ride, but (split) EP’s are the just right ball game.

Morbific on the other side of the EP offers two songs of equally slow and guttural Death Metal compared to Anatomia’s track. The guitar tone sounds a little compressed and a bit unnatural, but that somehow seems to add to the dense atmosphere. The crunchy sounding guitar crank out quite some interesting riffs and do have some Demilich-kind of technicality to it. That is also the case with the drums, that sound less basic compared to those of the Japanese. Maybe it is because Morbific brought two songs to the table that it does sound a little more diverse too, the second track for instance has a bit higher pace, some interesting lead work and even some buzzing and ominous sounding keyboards. Anyone who liked their debut full length album can just sail blindly in these waters.