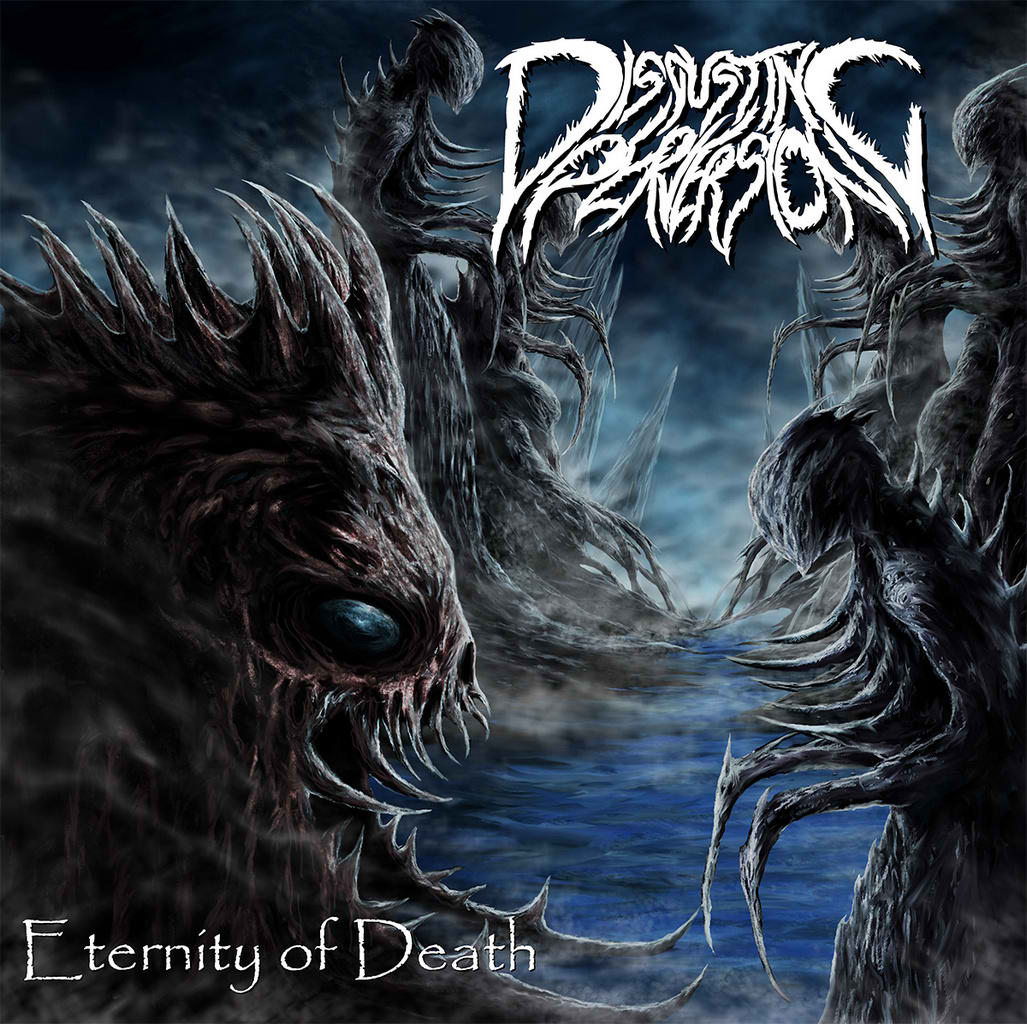 Yes, another release with OSDM heritage was dropped on my plate. The debut full-length from German band Disgusting Perversion was released in the summer of 2020 on the Black Sunset label (only cd format) and sounds like a big moving truck that occasionally shifts in second gear.

So mid paced Death Metal that sometimes builds up in speed. Drummer Marcus Nagel is the primus of his team in my opinion the entire album, he’s been able to get the needed variation and technical skins into their sound. This release is off course not groundbreaking, but fans of this style won’t be insensitive when listening to “Eternity of Death”. The title track is somewhat different in comparison with the rest, cause here you’ll find some decent galloping riffs and  the technical influence is big here.

So if you want solid Death Metal with some technical capacities that crawls slowly yet deep into your ears, then give this one a try! (Fredde)