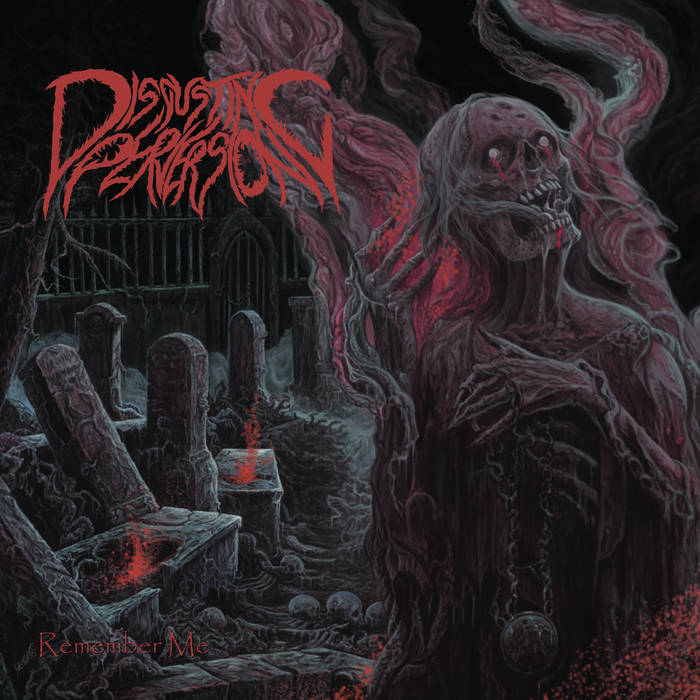 Judging by the album title you’d almost expect an album in some mid 90’s Doom or Gothic Metal style, but you couldn’t be more wrong. Disgusting Perversion brings you unadulterated Old School Death Metal, without any frills or other experimental drive. On their debut album, ‘Eternity Of Death’ from 2020 the Germans already proved to be able to pull of a very decent slab of Death Metal, which they continue to so on this follow-up album.

The mid-paced Old School Death Metal genre is a tricky one, it can either be deadly as fck or it can be a total failure. The simplicity of the riffs and song writing should be made up with a killer sound and atmosphere (which is not necessarily equal to a clean sound), catchiness and a great vocal delivery. More often than not it turns out that bands are struggling with this dilemma and in the end just lack memorability – let’s call it the Paganizer-syndrom.

Disgusting Perversion is one of those bands that seem to have no problem with getting their Death Metal into the first category. They have a killer sound, bring a certain catchiness in their song writing and vocalist Stefan Bauer throw in some genuine evil grunts. And to top things nicely off, the music does have a bit of variety on offer, not too much, but every now and then you get something of a breather in the form of a slight dip in tempo or some guitar leads – and even both at the same time. But then Disgusting Perversion returns in all its violent glory to continue hammering your skull in. The odd and awkward jazzy, Cynic-like, start of ‘Enforce All Hope’ wouldn’t really have been necessary for me and takes away some of the experience and album’s vibe. That song, by the way, is a bit of the odd one out anyway, more in a later Pestilence sort of fashion. A good song in itself, but it doesn’t seem to fit in the album’s vibe, maybe they should’ve saved it for a (split) EP or some other project.

These Germans don’t bring you anything that you haven’t heard (at least a hundred times) before, but they do bring it with such conviction and dedication that you simply don’t need anything else. Besides the little oddities here and there, there’s just one more thing that is keeping ‘Remember Me’ from being an even better album, clocking well over 50 minutes is just too long. If it was for me the band should’ve kept it around the half an hour mark and release the rest of the songs separately as an EP or something.