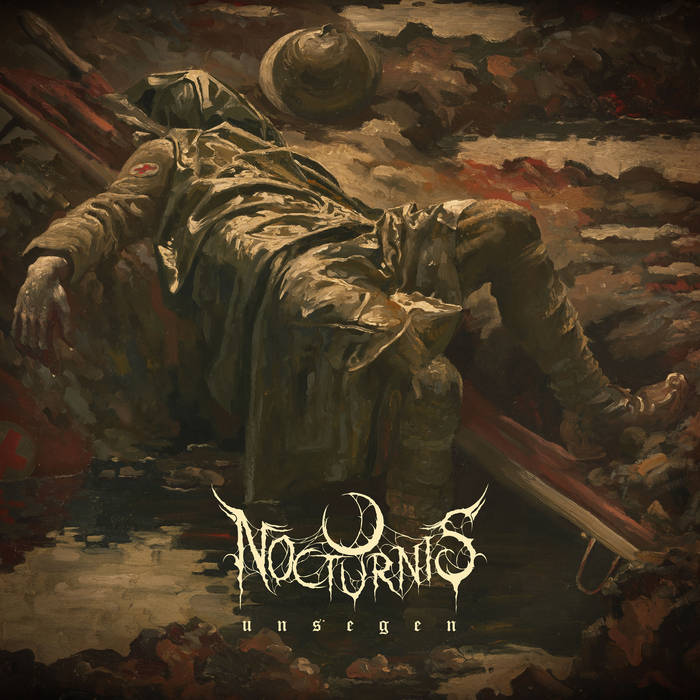 After an independently released EP in 2020, the young German band Nocturnis returns with a full-length album released through Black Sunset, a division of the German MDD Records label. The title of the album, ‘Unsegen’, translates from German to something like ‘Curse’. But while the band doesn’t offer anything really ground breaking, listening to it does not at all feel like a curse.

The Germans offer a fairly fast paced sort of Melodic Black Metal that remind very much of the German Black Metal scene from around the turn of the century. The sharp, melodic riffing, the raspy vocals, a slight Death Metal tone to the guitars and especially the lyrics in German give ‘Unsegen’ a certain nostalgic feeling. But, fair enough, ‘Unsegen’ sounds much better than most of the bands from well over twenty years ago, production wise, that is. The clear upgrade in sound allows Nocturnis to claim their position in contemporary Melodic Black Metal, yet, without aiming for anything new or revolutionary. Nocturnis is just about a decent slab of Melodic Black Metal, not much more, but certainly not much less either.

In previous reviews I have used the comparison with those long bygone years of German Melodic Black Metal, this would just have fitted perfectly in the black/white pages of the Ablaze Magazine that I used to read so thoroughly, or actually, tried to read, because it was in German. While it might not be the best band or album around, ‘Unsegen’ kind of got me in a somewhat unsettled nostalgic mood for which I do thank these youthful lads in Nocturnis.