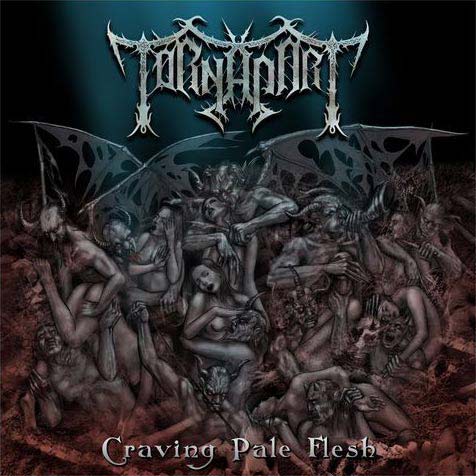 Open Grave Records was the chosen one to release this album, but that contract got torn apart (taaadaaaa….big Fozzie Bear joke here…waka waka waka!) and Pathologically Explicit Recordings stepped in.

“Craving Pale Flesh” is all about old school death metal. As they are from Sweden and the fact that I’m reviewing this album, you would add up the numbers and expect an album in the typical old school Swedish death metal style. Well, not really. This album is filled with early 1990s death metal from the North American and Swedish soils without the crunchy Skoksberg sound. The vocalist sounds like a hoarse version of John Heggen (vocalist of Amon Amarth) which fit the heinous death metal of Torn Apart quite well. The riffs are sounding like a hammer creating a blunt force trauma but could use a little bit more variety as this could be too much of monotone riffs during a whole full length album. But this EP is a nice step in the right direction.

This is without doubt a decent album and with some more variety in the riffs these Swedes can come up with a promising full length debut. (Ricardo)