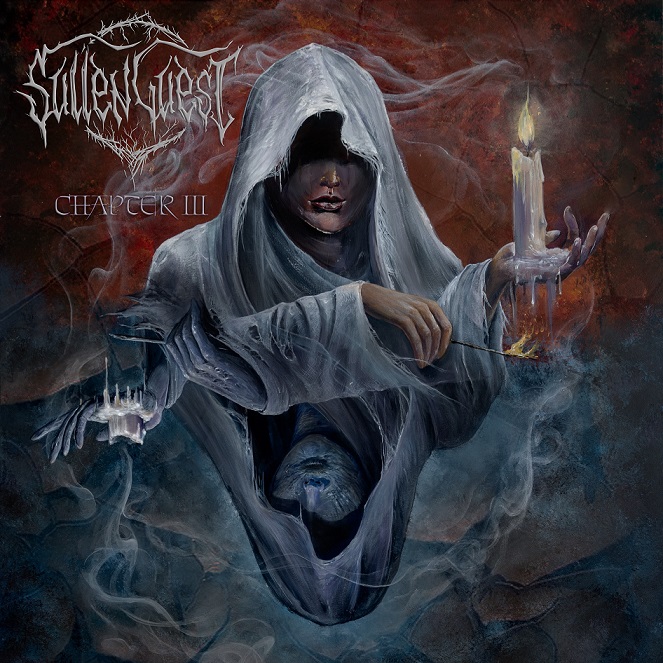 There are bands that set out to reinvent the wheel and then there are bands that enjoy the wheel just as it is, thank you very much. Lithuania’s Sullen Guest surely fall into the latter category. Their recently released sophomoric album, “Chapter III,” best exemplifies this, too. Here, they play a very specific style of Melodic-tinged Death/Doom that, while maybe not pushing any boundaries, is certainly executed competently and quite well. And that competency is what makes this album so worthwhile.

It’s clear to me that the members of Sullen Guest know what they’re doing. The percussion, the melodies, the hooks, the vocal approach… Together they create a very distinct sound, one that’s full of romanticized longing juxtaposed with fathomless despair. It’s the kind of sound that pairs best with a tall glass of red wine in hand while a My Dying Bride record plays in the background. And with that said, here’s what you need to keep in mind: the inevitable comparisons to the Peaceville Three (Anathema, Paradise Lost and *ahem* My Dying Bride) will be made. Sure, albums like “Chapter III” exist because of the groundwork laid out by the bands that make up the fabled Peaceville Three, but by no means is Sullen Guest aping that sound. Indebted? Sure. But copying? I don’t see it. These guys are clearly big fans of the genre and have set out to fashion their own version of it. They seem less preoccupied with anything less than just creating good, solid music.

The Death/Doom sound has been becoming increasingly popular over the past few years and it’s important to note which side of the coin Sullen Guest falls on. It’s less cavernous and desolate, like the sound popularized by bands like Spectral Voice or Krypts, but much more Melodic, like Infernal Gates, October Tide or even the mighty Katatonia. And these guys certainly escape the towering shadow of the Peaceville Three while still having enough in common to please most seasoned fans. “Chapter III” is a really solid album, a good one at that, and just shows that Sullen Guest have a whole lot of potential. As a fan, I’m truly excited to see where they go next. (Sam Cooper)