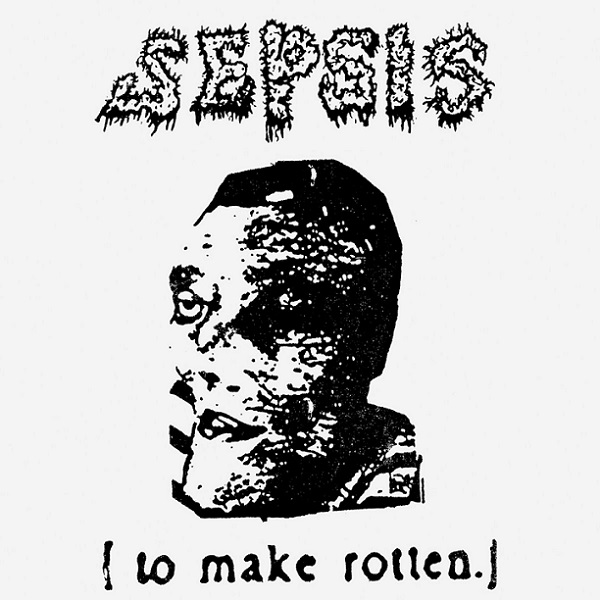 Sepsis “To Make Rotten” demo had a very limited original release by the band back in 1991 with apparently only 70 copies being made. Fortunately for all of us sick Death Metal freaks, La Caverna Records has exhumed it from its decrepit grave and released a CD version as well as digital.

Sepsis played dirty and vile Death Metal with lots of Punk and Thrash influence. Having only been active as a band from 1988 to 1991, these 9 tracks are the only recorded offering from the band. Fat chunk distortion throwing bricks of cement at your ugly face while the drums and bass blast artillery like shockwaves causing you to defecate in your already soiled pants, thats the kind of Death Metal you are getting here. It’s not all just a wall of decapitating Death Metal, the riffs also pack a hefty volume of neck breaking melodic Thrash riffs most likely influenced by the usual suspects of mid 80s evil German Thrash. The guitar leads on these songs are very Thrash sounding with a touch more atmosphere to them to make them fit right in with the mid-paced death metal riffs. A dual vocal attack is present with a rabid darker thrash style accompanied by a more harsh traditional Death Metal vocal.

As far as the demo era of early 90s Death Metal goes, this one might have slipped through the cracks but its definitely worth adding to the collection and definitely deserving of being preserved on updated media. (Ted Gloom)